In an effort to modernize the City of Buenos Aires and appease angry neighbors, legislators and planners have proposed to move boliches, or nightclubs, within the city to a designated area in the Costanera Norte (the coastal northern zone of the city) which would be known as the Youth District. The initiative was already approved in its preliminary planning stages in December, but recent heated public debates over nightlife safety brought on by the deaths of five festival attendees at Time Warp has re-sparked the conversation.

The proposal holds support from entrepreneurs looking to invest in new, modern nightlife and avoid further run ins with locals and neighbors who are tired of living near clubs that are often packed with noisy and drunk 20-somethings until the early hours of the morning.

Fabián Pereyra, the General Director of the Policies of the Youth, told Infobae, “The clubs’ neighbors are tired of having clubs nearby, and our objective is to bring them to the Youth District, where we will create a controlled space and look to change the concept of entertainment and disassociate it from drugs and alcohol.” He also explains that this wouldn’t simply be a project dedicated to taking clubbing out of the City and into an entirely new space. “It’s a productive, urban, social and recreational project aimed mainly at young people between 15 and 29, but can be enjoyed by all citizens.” He lists an amusement park, a public pool for water sports and an amphitheater as just some of the infrastructures that would be built for the area.

The Youth District is more or less an experiment; a testament to the amount of sustainable development city planners can successfully complete and how much change the City’s inhabitants are willing to accept. First, there are the ecological advancements that have been promised. One such idea is to make a “green club,” one in which the floor’s tiles would generate energy from attendees’ footprints, while another is simply to create bike lanes throughout the area and stay on top of waste management. Second is the need for club-goers to want to travel a significant amount to their nightlife destination. The City Government has acknowledged that a “radical habit change” would have to take place, and they have already begun creating a system of designated drivers specifically for the Youth District, for example.

So how can the owners of the City’s approximately 100 clubs afford to make the move? The government has offered a 10-year tax exemption to those who comply, although nightlife business also wants a line of soft loans from Banco Ciudad.

Not everyone, however, is thrilled about the proposal. Locals and activists from the coastal area, specifically, foreshadow many potential problems. Romina Braga, a local representative affiliated with the Civic Coalition, explained that there are several unmentioned consequences, such as the amount of pollution that would contaminate an area of the river only 700 meters away from the Ecological Reserve. Safety is also a concern, as the area would literally be a “fun zone” for the 200,000 youths who go dancing every weekend in the City. She also mentioned the general lack of consideration made to those who currently live in the area. “They want to make a new Puerto Madero,” she said. “And they have not asked the neighbors if this is what they want.”

Let’s cut the shit. The Youth District sounds like a twisted Tim Burton-esque dystopia or a strange French film. Oh wait, it is a French film entitled The City of Lost Children, in which a demented scientist kidnaps kids from the port (coincidence or fate?), and takes them to his island so that he can steal their dreams because he can’t have his own. Congrats, we’ve officially begun writing out the screenplay for the future of the City of Buenos Aires, one in which we ship our youth off to cumbia in Río de la Plata and become a lifeless 30-and-up ghost town by night fall. Hey, at least we have an 80 percent score on Rotten Tomatoes. 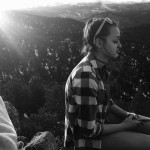