Update: The Exhibition has been extended until the the 17th of December, so you really do still have time to see ‘Transhispania’!

When you first walk into the Palais de Glace, and up the leopard-print stairs, you are met with a world of glamour. The rooms – painted in gold, black, white and pastel colors –  seem to orbit around the huge, sparkling, disco-ball at the center of the exhibition. Ornate white columns lead the eye up to the domed glass ceiling overhead. The curve of this ceiling carries voices so clearly that the conversations on the other side of the room seem to make up part of the cinematic sound track to the exhibition,  and the music playing might have stepped straight out of the Golden Age of Hollywood. This seems like an unexpectedly perfect location for an exhibition of Juan Gatti‘s photographs.

‘Transhispania‘, which will be on at the Palais de Glace until the 19th of November, is born out of the collaboration of Buenos Aires- born artist and photographer Juan Gatti with Candy Magazine.

Founded in 2009, Candy is described by its Madrid-based founder, Luis Venegas, as ‘the first transversal style magazine’, celebrating all things trans. In this exhibition of 125 photographs, Gatti – who has worked with designers such as Karl Lagerfeld, and directors such as Pedro Almodóvar – brings together beautiful portraits of trans people, including three Argentine trans people: Topacio Fresh, Lara Sajén and Victoria James.

Gatti’s style – described by the designer Ramón Úbeda as a ‘cross between Disney and Bahuaus’ – is precise, but not clinical. Pores, scars, tattoos and pimples sit in harmony with Gatti’s graceful, and often flamboyant, compositions. His models’ are lit exquisitely, with the lighting often recalling the three-point lighting system of classical Hollywood. At times he depicts his subjects with the stylish innocence of Twiggy in the ’60s. Other portraits explore the adult world of black leather and bondage. But in every photograph Gatti’s lens enjoys and celebrates the bodies it depicts: from the fine dusting of hair on a model’s feet to the bouffant hairdo on their head.

Gatti’s exploration of the erotics and politics of the gaze weaves in and out of his work. His models often face the camera, meeting the viewer’s gaze – with defiance, joy, or warmth, or with enigmatic expressions. One series of photographs show figures in floral wreaths contemplating their own image, Narcissus-like. Another series shows figures sharing a tender embrace, each one wearing a mask with eyes painted shut.

In some photographs the subject becomes photographer, and we are confronted with models holding cameras which directly point at us, the viewer. These photographs cause the viewer to wonder about their own relationship with seeing and being seen, and the relationship between identity and the gaze.

In Gatti’s wonderful collection of photographs, we are welcomed into a stylised, wonderful world of self-fashioning, of identity, and of beauty. Step into the glamour of Gatti’s photographs, and realise the wonder and beauty of your own world. 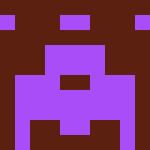