Like father like son. Máximo Carlos Kirchner, son of Presidents Nestor Kirchner and Cristina Fernandez de Kirchner, burst onto Argentina’s political scene recently with his first ever publicized speech at a mass rally by the government youth movement, La Campora. He seems increasingly set to be the next in line in Argentina’s very own presidential dynasty, a strange thing to say about a democracy. But then, the Kirchners are hardly different in this sense from the Kennedys or Bushes or Clintons of our cousins north of the Rio Grande.

While Máximo has sent the hive of political commentators across the country into a frenzy of keyboard pounding now that he’s emerged from the gloom and is blooming in all his hairy majesty, the same can’t be said for the organization where he has been embedded all this time.  La Campora remains something of a mystery to those of us on the outside looking in. It’s a semi-secretive enigma, but also a very visible, not to mention audible, player in the melodrama of Argentine politics.

And make no mistake; La Campora plays no small part. A whole handful of lawmakers, legislators and current government big shots hail directly from its ranks or share a close association, most notably meteoric poster boy of CFK’s government, Axel Kicillof. Add to this its huge presence on the streets during political flashpoint moments (so that’ll be a lot of the time, then) and the vocal annoyance and anger it generates among large segments of the media and unaffiliated population, complaining of various unsavory practices, and we can see how this pro-Kirchner youth-ish group are a pretty important bunch.

So what exactly is La Campora? And why so controversial?

First, my favorite bit: the history lesson. Are you sitting comfortably? Well I don’t care, this won’t take long. The name comes from ex-President Hector Campora, who was in the top job for all of 49 days in 1973 before Juan Domingo himself made one of the definitive political comebacks the same year. Campora was a socially-conscious Peronist (i.e. the better kind, right?) who preferred distributing living wages to authoritarianism, and later supported the lefty urban guerilla Montoneros that fought underground against the military dictatorship after 1976, when it had gotten rid of democracy and started disappearing people.

In fact, La Campora members sort of see themselves as 21st Century Monteneros, but don’t worry; they prefer flags and matching t-shirts to bombs and bullets. They officially formed during Nestor Kirchner’s successful run for the presidency back in 2003 as a grassroots/youth movement supporting the campaign. Then the golden years of Kirchnerism gave way to more of the same, only with added uncertainty and unease after dear old Nestor died in 2010, and was succeeded by his glitzy, passionate widow turned barnstorming vulture-hunter Cristina.

From this point onward, La Campora really got going. Times were just a bit less rosy and a bit more divisive than before, so the movement grew into a role as the active defenders of Project Kirchner, often against the perceived (or real, or both) bias against Cristina and her government in the Argentine Press from Messrs. Clarin and co. Sort of like the government’s very own Trade Union. For example, their latest stunt on Friday was to hand out false print editions of Clarin with a post 2015-election news roundup, featuring stories of fear re: the vulture funds should the ruling FPV Party not win.

Any moves or opposition that La Campora perceive as threatening the reforms of social inclusion, wealth redistributing and so on achieved since 2003 are met with fierce opposition from the group since, with a healthy dose of iron logic, this must mean a step back towards the dark days of neoliberalism, the military, la Guerra Sucia and everything else nasty from the recent past.

This ‘not one step back’ feeling is compounded as La Campora has respectable close ties to other non-governmental support groups like HIJOS, a collective that brings survivors and affected families of those disappeared by the dictatorship together. For example, the politician Secretary General Andreas Larroque is a member of both these organizations. 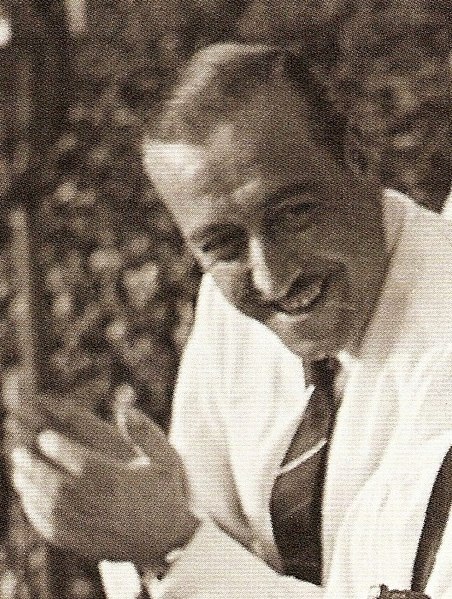 Hector Campora, name-giver to the group and Presidential flash in the pan (Image: Cambalachero via commons.wikimedia.org)

So it’s a group of pro-goverment activists, a political trade union of sorts. Why does it get so much stick (despite the obvious Achilles heel of currently being pro-establishment)? Well, tarnishing the La Campora name is a list a mile long of hostile incidents and tactics its activists have been involved in, from intimidation of opposition candidates all the way through to anti-democratic embedding in Argentina’s democracy (CFK herself has said she would like ‘at least two or three candidates’ on every local election’s shortlist of around ten to be from the ranks of the group). The stories of membership being a pre-requisite for certain schools, jobs and so on also abound. Murky, masonic stuff indeed.

It appears an organization über-committed to its own worldview, one aligned with Cristina’s. Unswerving to El Proyecto or The Project, the term Kirchnerism has become synonymous with; it tries hard to influence the situation favorably any way they can: organizing impressive demos, flyering eagerly at the crucial times and so on.

The problem is, when this doesn’t have a direct impact, or they are frustrated in their actions, or maybe when they just feel on the back foot in some way, their irritation can build, and mix with their political zeal, and produce nasty results…

For example, during the floods that hit La Plata last year, La Campora sent around 1,500 members to help with the relief effort. In the following days, journalists at the scene started photographing the damage and participated in a local discussion that raised concerns along the lines of ‘could the government have done more?’ This provoked anger from the La Campora activists, who began squaring up to journalists, preventing filming of the discussion and generally making mischief that was entirely uncalled for. They ended up getting into fights with local construction trade unionists and the whole thing turned sour for no good reason.

Then there was their fall-out with Human Rights activist and lawmaker Victoria Donda, someone on paper they agree with (or used to) with basically everything. A daughter of disappeared parents, a member of HIJOS and former Kirchernerite lawmaker, Donda was maligned by La Campora when she dared to criticize CFK’s appointment of Cesar Milani (who’s suspected of taking part in abductions during the military years) as Commander-in-Chief. She was subjected to a smear campaign by La Campora activists that ended up with them yelling sexist slurs against her as she was enrolled into the legislature last year.

It’s these sort of actions, that keep cropping up, that have earned La Campora their dodgy reputation. It is compounded by the fact they they’re so secretive about their inner workings (for example, media interviews outside of the government broadcasting umbrella are rarer than Maradona’s sobriety). Paranoia of this sort is only going to make this of us outside of La Campora trust it less, and make the members themselves more hostile to the world around them. This siege mentality does make their actions a bit more understandable though; what they surely consider to be legitimate, muscular defense of an elected government under attack from all sides.

Such passionate involvement in politics and the messy business of representative democracy isn’t a bad thing per se. In other countries like mine, this way of doing things seems to be dragging a whiff of rot around with it as a lot of people abandon caring about what happens in parliament at all, while many thousands waive their right to vote altogether. It’s also worth remembering that the organization is pretty darn big, and we can’t keep condemning the whole bunch of members in a blanket manner for what might just be the actions of a handful of bad apples, even if they are all too common.

Enthusiastic activism is worth celebrating in any healthy democracy, but we have to reject intimidation, secrecy and paranoia outright too. There’s no excuse for just shouting down or bullying those who you disagree with, even if many of them, like the corporate media for La Campora, don’t always display benevolent or decent behavior either.

They damage the cause they are trying zealously to defend by being associated with, let alone involved in, anti-democratic actions and practices they are so often accused of. All they have to do is clean up their act and open up a bit they’ll surely win more support for a government that’s well and truly on the ropes.