If your olfactory senses hadn’t alerted you, local media may have: beginning early this morning, a strange smell has overtaken the City of Buenos Aires, which many are likening to burned plastic or something rotten. Cue the Twitter complaints and the hashtag #OlorEnBuenosAires (#BuenosAiresSmells).

Apparently, the phenomenon is due to a particular climatic situation that creates a kind of windless fog. The static air mass is suspended over the city and has trapped a rotten smell coming from a CEAMSE waste plant in the locality of José León Suárez.

Some thought the smell pointed to a fire, or some kind of accident, but the City’s Chief of Emergencies, Raul Garnica, informed news agency Telám they have received no calls or complaints about the matter yet.

The smell should begin to dissipate with the arrival of more intense winds and a temperature increase. 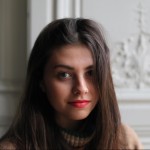