What to Do in Buenos Aires This Weekend: June 28th Edition

Alright guys, change of plans for the weekend. I know that you penciled in time to find that H&M coming to Argentina after vaguely reading a headline while shivering in a seasonally inappropriate light jacket and incense-scented scarf that your roommate’s chongo accidentally left at your place. I mean, even if you’re kind of against the whole fast fashion thing, there’s no shame in having thought about blowing your aguinaldo on a cute fake-fur hooded jacket or chunky, sparkly scarf. We’re in Argentina, after all. But since it turns out the store will actually be in Luján and selling overstocked merchandise, I’ve decided to help you out by drawing up a list of some other plans.

Although Buenos Aires’ huge Pride march takes place in the toastier month of November, the city is hosting a bocha of LGBTQIA+ events to round out the end of Pride Month. This year, events around the world commemorate the 50th anniversary of the Stonewall riots, a hugely important milestone in the history of the gay rights movement. There’s also still time to check out the tail end of the Bienalsur contemporary arts festival, which features visual arts, music and more around town. And if that’s not enough (you guys are so needy!) here are a few other things to do.

Fiesta Plop! is always outrageously colorful, so we’re a little bit curious about how the party known for a banging pop soundtrack and unmissable drag shows plans to one-up itself for Pride. Don’t be afraid to strut your stuff. We know you’ve been perfecting your dance moves in the mirror to that mix of Britney, Taylor and Madonna, so now’s the time to show the world what you’re made of. If that just happens to be glitter, all the better.

If you’re looking to make every second of pride weekend count, we suggest making a beeline for Maricafé right after work. The Palermo bar, LGBTQ+ bookstore and café will be hosting nonstop revelry until it’s time to hit up the boliche. Writers, drag queens, and DJs will serve up entertainment alongside yummy food specials planned just for the event. Oh, and it looks like tarot and basketball will also make some cameos as well? No, I’m not totally sure how that works, but just go!

Still haven’t received your monthly bag of pesos? We hear you, but that doesn’t mean you have to stay at home. If you’re looking for some free Friday fun, head over to the Camping terrace in Recoleta for a show by power duo and “des-pareja” BIFE, made up of Ivi Colonna Olsen y Javiera Diego Fantin. According to the band’s Facebook page, BIFE focuses on making songs “with sympathy and acidity” that “criticize all kinds of prejudices, such as what and how love should be.” Check out the single Libre de Mi for a taste of their sound, but be warned that it might be stuck in your head for the rest of the weekend.

While there’s a pretty big chance you’ll wake up groggily in a bed full of glitter on Saturday afternoon, that still gives you several hours to order delivery and primp for another big party during the evening. The four friends who promote the Rheo parties chock-full of pop music and performers are hosting a Pride-themed version this week, which will feature entertainment from Jonny Execut, Gabo Rossi and Mascari. Check out the party’s Instagram to see how you can score a deal on tickets.

If you’ve never experienced the tranquil, enchanting music of Argentine duo Perotá Chingó (Julia Ortiz y Dolores Aguirre), this weekend is the time to check out their magical sound. The duo will be hosting a “multidisciplinary” concert called Eksperimenta in a Chacarita art space that will combine music and visual arts. The performance will focus on four concerts that each correspond to seasons: June, July, August and September. The duo will be joined by musicians Martín Dacosta, Andrés Villaveirán and León Peirone, and artists Nipkow, Giselle Denise Hauscarriaga, Agustin Colli, Dai Detzel, Vladimir Favrot and León Ferrari will also provide artistic interpretations.

If going out on Friday and Saturday night seems like it’s too much,  just remember that Argentine punk legends Attaque 77 have been playing for more than 30 years. After playing shows around the world in the last few years, the band will be back in Buenos Aires on Friday and Saturday at Teatro Vorterix to present their latest album, Triángulo de Fuerza. Knei will open Saturday’s show.

If you’re looking for something a little more laid-back and buena onda after dancing the night away on Friday, check out the second edition of Fiesta SurReal at Usina del Arte that celebrates all things reggae. In addition to the restorative boost of “reggae yoga” featuring live acoustic music, the event will host chats, live bands, documentaries, an afro dance workshop and clothing fair. However, the best event seems like it will be the dancehall queen competition.

Dancing and celebrating takes a lot of energy, so why not spend a few hours on Sunday sampling food from a ton of restaurants and food trucks? The huge, lush Parque Saavedra (wonderful for dog-watching) will be hosting the latest edition of the Buenos Aires Market this Saturday and Sunday. You’ll find cuisines from around the world, including Japanese, Italian, Spanish and Peruvian. This one will feature more than 40 stands alongside a patio for sharing those tasty treats with friends and family. Plus, you’ll have plenty of opportunities to find high-quality, budget-friendly pantry items like jams, cereals and sauces without spending a fortune on less-yummy stuff at the supermarket.

If you’re missing all that ramen and sushi from Gastro Japo Food Week, head over to the Japanese Gardens for a celebration of food, dance, and martial arts this Sunday. In addition to exhibitions of judo, aikido and karate, you can expect a packed schedule full of dance performances and music. One can’t miss show is a demonstration of taiko, or traditional Japanese drumming.

Seeing a movie is always a nice way to end the week, but we suggest saving those blockbusters for the weekly 2×1 specials and checking out some local cinema on Sunday. Head over to cultural club Casa Brandon for a screening of “El Silencio es un Cuerpo Que Cae” and chat with director Agustina Comedi. The documentary follows Agustina, who finds videos that her father Jaime recorded before a fatal accident. Secrets lead her to become involved in a search that “will reveal a marked history of sexuality and political activism,” according to the synopsis. Space is limited and the event is expected to be pretty popular, so get there early. 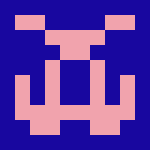 The country has already made four exchange offers to its creditors, and sent this last one to the US’ Securities and Exchange Commission (SEC), with August 4 as the deadline to accept it.