What to Do in Buenos Aires This Weekend: December 27th Edition

Hi there, beloved vitel toné survivor. The most wonderful time of the year is finally over, and leftovers are somewhere resting in the fridge to remind us there’s still hope on a future Friday night when you get the munchies. Now that you’ve nailed it with the spending-time-with-your-family part of the holidays, it’s high time you get started with your New Year’s resolutions. That means you have just a week left to read the “at least one book a month” you promised back in January 2019.

As frightening as it may sound to speak some truth to yourself, it’s only fair to look back and realize what things from the list of future accomplishments were unrealistic, which ones were a hit, and which ones were doomed to failure. After all, the journey toward spiritual growth has to be built upon firm foundations of things you left for tomorrow and then ignored the following months. Maybe a possible accomplishment for 2020 would be to party every single weekend next year, as you have been doing most of your adult life. To make sure you succeed, we will always have your back (*wink*).

CALL IT BY ITS NAME

Podcasts have been going on a high rise the last two years, and this group of girls entered the most-listened ranking of shows with Concha by working independently. Sharing female and feminist topics on their agenda, now they took a step forward to meet their audience face-to-face and make a collaborative episode altogether. Talk about girl power.

LOVE ME SOME JULIETA

One could already think that Julieta Venegas and “intimate” in the same sentence is a redundancy. The Mexican songwriter and singer will showcase her unique talent in a show aptly called Íntimo, performing a repertoire of acoustic songs with her sweet pristine voice. Tickets for Saturday’s show are already sold out, so you better hurry.

Performer and creator Louta only had to express his desire to play in the street for free on his Instagram feed to set up a great gig. Without producers getting in the way, he arranged an improvised line-up with the artists who commented on that post: the R&B singer Chita and the DJs-pop idols Mami and La Coneja China. The hype grew bigger and bigger, with hundreds of “YEN2” from his fans. If you’re curious to see what the youths of today are up to, this is the place to be.

This one goes to our foodie readers with children. Apetito is a gourmet festival aimed to gourmands of all ages, with special activities for the wee ones that might often be overlooked (have you even *watched* Master Chef Junior before? smdh). There will be a creativity spot for kids and the special visit of a slightly delayed Santa Claus to take pictures with, after his tour around the world of course.

Two bands, one night, one venue. Both are ready to close out a great musical year with their newly-released singles. These two indie-pop bands join forces to hit the stage of Niceto for one last time before the close of the decade. Don’t miss it!

Alien drag-queens and reptilians come together from interstellar universes far, far away to dance and party to a new dimension called 2020. An unknown new galaxy will be unveiled to the soundtrack of the greatest hits by all of your favorite pop divas, so go ahead – cover yourself in glitter, put on your shiniest club kid-space suit hybrid, and shake a tail feather.

The terrace at La Confitería in Colegiales is one of the top spots to spend cool nights in the city during summertime. To stave off the Sunday Scaries, playing board games while drinking draft beer sounds like the perfect relaxed plan to prepare for Monday’s inevitable return. That is, if losing a ping-pong match with a fellow player doesn’t get on your nerves (in the Gastón Gaudio type of way).

Hip-hop artist Macha Kiddo is all about collaborations, even more so during her high-octane live shows. On this particular date, she invited DJ’s Morita Vargas and Rixa, and twerker (brb, updating my LinkedIn profile) Tati Dume to power through Sunday night and sail smoothly into New Year’s Eve. 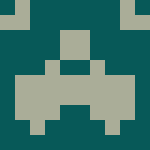