What Does It Mean To Be A Buenos Aires ‘Expat’?

“Expat” is a term thrown around freely in the foreigner-heavy scenes around the world, particularly among English speakers. Here, the fresh-out-of-college kid down for a few months and working Buenos Aires Pub Crawl’s routes is an expat. The person who just quit a job and moved to learn Spanish, wildly affordable now with the blue dollar, is an expat. The person endeavoring to launch a startup and plugging away out of Urban Station is an expat. Many of us have relied on expat forums and attended “expat meetups.” The “expat scene” is a label and, to many, a familiar community. As someone who fixates on words, I have often wondered about the term, both for its face value and deeper meaning, and why so many people I know identify with it so strongly.

“Expat” is short for “expatriate,” and Merriam Webster lists one noun definition for the term: “a person forced to emigrate for political reasons.” That’s some pretty serious stuff and unless you can call the desire to experience more of the world (my excuse) improving foreign language skills and partaking of lifestyle that prioritizes socializing above just about everything else (no complaints), I do not think many Buenos Aires “expats” would categorize their motives for moving as “political reasons.”

The intransitive verb definition Merriam Webster offers allows for a bit more maneuvering, and even more so with the Medieval Latin origins — expatriatus! — of the word. “To leave one’s native country to live elsewhere.” That fits. “Another intransitive verb definition: to renounce allegiance to one’s native country.” Again, I think that is too grave a definition, because though you can always find a spiteful one in a bunch, most “expats” I know are not rushing to turn in their home country passport.

When drafting this, I spent a bit of time comparing and contrasting my father’s relationship with the U.S. and mine with Argentina. My father was born and raised in Mexico and moved to the States to pursue his PhD. I moved down to Argentina at about the same age, which was after earning my undergraduate degree. A strong personal motive was my career, because the grand goal was to be a travel and international culture journalist (whatever that means). The thing is, I have always labeled my father as an “immigrant.” I, however, easily slid into self-identifying as an “expat.”

What about the word “immigrant”? Consulting Merriam-Webster again reveals: “one that leaves one place to settle in another.” It is a pithy, general term and, all in all, totally applicable to just about every “expat” I know here in Buenos Aires. “Buenos Aires immigrant” might not have the ring of “Buenos Aires expat,” but is it not perhaps more fitting?

What it comes down to, in my opinion, is that it all about the connotations. The impressions and stereotypes surrounding each of those words are, quite literally, worlds apart: first-to-third-world apart.

In what context do people generally use the term “immigrant”? More often than not I hear it used in reference to someone whose move is a step up economically. It implies moving for financial reasons, in hopes of that fabled “better life.” It is my dad, flying from Mexico to the U.S. for his degrees and a secure future despite shining prospects in his home country. “Immigrant” on some level also suggests some degree of permanence.

“Expat” on the other hand seems to be reserved for citizens of first-world countries uprooting to live elsewhere in the world. Time is not much of a concern, they come and go on a free-flowing schedule. Financial security and job prospects are all laid out back at home, but the expat is after something more, something different and something exciting, rather than concrete reasons like a better education for children to come. That “better life” an expat is chasing is about life experiences rather than a higher income, per se. On some level, being an “expat” implies that person can somehow afford it, the label and lifestyle, whether by means of money or time.

One of the grand visions behind the whole project of The Bubble is to get foreigners, particularly English-speaking foreigners or “expats,” to more broadly interact with and understand the cultura porteña (Buenos Aires culture) with which they have chosen to assimilate, for however long. It’s not about tossing around blame or credit, because all of us behind The Bubble are on the same mission for ourselves, too.

These are the types of discussions we hope to have. 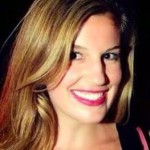