What big cases appeared in 2016 to warrant the State Department’s findings?

While Argentine law penalizes government corruption, the US State Department found “that executive, legislative, and judicial officials engaged in corrupt practices with impunity, suggesting a failure to implement the law effectively.” The most common offenses were “extortion of, and protection for, those involved in drug trafficking, human trafficking, money laundering, and the promotion of prostitution.”

Most emblematic of all 2016’s corruption cases was the one of José López. The Public Works Secretary under the Cristina Kirchner administration, López was arrested for unlawful enrichment on June 30th, 2016. Less than a month before, he was caught red-handed when trying to hide roughly nine million US dollars, luxury watches and an automatic weapon in a convent in the Buenos Aires, which later turned out not to be a convent.

But besides its craziness, López’s case is also extremely relevant because he was the right-hand man of Kirchnerite Planning Minister, Julio De Vido, who at the same time was the former President’s right-hand man. Since it’s highly unlikely De Vido didn’t know about López’s activity, it would have also been quite unlikely for Fernández to not know about them, considering it was a blatant act of corruption.

Investigations into justice within the protection services range from prison condition assessments, reports of police brutality, arbitrary detention cases and fair trial assessments. Prison conditions are worse in male prisons than female prisons, where overcrowding, lack of healthcare access, and violence raise human rights concerns. There are some reports of excessive police force (without death), but a great deal of issues go unreported. Data analysis by The Center for Legal and Social Studies found 126 police brutality deaths in Buenos Aires alone in 2015.

Milagro Sala’s debated year-long imprisonment has been a human right’s hallmark throughout 2016. Sala, a controversial political activist in the Jujuy province and leader of Tupac Amaru, was arrested last year on charges of (violent) protest, fraud and extortion. She’s been cleared of protesting charges, but the other charges filed during her time in detention are the (shaky) grounds for her continued incarceration. Human Rights organizations, including OAS’s Inter-American Commission on Human Rights and the UN’s working group on arbitrary detention, have called Sala’s imprisonment “explicitly arbitrary.”

Gender equality (or rather, inequality) is measured by a number of factors, including women’s representation in government positions, domestic violence, rape, and sexual harassment cases, reproductive rights and discrimination. While equal pay mandates and pro-women legislation laws are established in Argentina, in practice women are paid 27 percent less than men, hold lower-level jobs more frequently, and hold as few as 20 percent of legislator positions (and as high as 47 percent) across Argentine provinces.

Social stigma in reporting rape, harassment, and domestic violence is still influencing statistics, according to the US State Department’s report. However, death cases provide a closer look at gender-based abuse in Argentina:

“The National Register of Femicides, maintained by the Supreme Court Women’s Office, recorded that 235 women died as a result of domestic or gender-based violence during 2015… More than 70 percent of the killings involved a husband, boyfriend, or former boyfriend.”

While it’s clear there is room for growth, Argentina is improving or maintaining rights across many areas, including freedom of speech, freedom of assembly, and rights to collective bargaining. Of the issues addressed by the 2016 Human Right’s Report, Argentina has plans to improve the Government response.

In 2017, the country will move forward with the pending National Action Plan for the Prevention, Assistance and Eradication of Violence against Women and the trial of César Milani, who is charged with involvement with kidnappings during Argentina’s last military dictatorship. 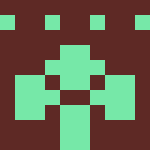