Bored of the usual art gallery suspects here in Buenos Aires? With such a lively art scene, probably not. But there’s a whole host of alternatives that are dishing up works from an exciting cohort of both established and emerging artists here.

These underrated galleries are too often overlooked, especially seeing as the vast majority of them often double-up as an essential space for artists, both Argentine and Latin American.

They form part of an artistic hub that’s a buzzing hive of activity. Here’s just a handful of the brand-new exhibitions opening this month that are well worth checking out.

Back in 2012, Galería Gachi Prieto launched its Proyecto PAC (‘Contemporary Art Practices Project’) a “rigorous and interactive training” for artists looking to enrich their work and form useful contact with agents, experts, and fellow artists. The folks over at Galería Gachi Prieto are fully justified in describing themselves as ‘dynamic,’ then.

Their proactive, forward-thinking attitude is certainly evident in their most recent exhibition too. Abstractas is an exquisite, explosive exhibition featuring the works of a whopping nine female artists. The work itself is suitably bold too: these paintings are intense, innovative, and their abstract nature challenge the status quo.

A painting from ‘Abstractas’ (photo via vuenosairez.com).

Open everyday except Sundays until the 23rd of March.

Ensayos de abertura is a collection of metal sculptures which experiment with the fluidity, ambiguity, and pliable nature of material, according to the artist. The sculptures are all linked by this overarching inquiry: how a material can be reshaped, exhausted, and even destroyed. Metal has been twisted, molded, shredded, and sometimes put back together in a new, intricate form.

A selection of Luciana Lamothe’s sculptures at Ruth Benzacar gallery (photo via the gallery’s website).

Located in Villa Crespo, Galería Ruth Benzacar turns fifty years old this year. Think of it as the trendy grandmother of art galleries: it’s a space for accomplished, established artists but doesn’t shy away from exhibiting the works of fresh-faced emerging artists too.

Open everyday except Sundays until the 21st of April.

LA VIDA’s eyes will follow you around the room at Hache gallery (photo via the gallery’s website).

Nestled in the middle of one of the busiest parts of the city just two blocks from Avenida Corrientes, Hache is an oasis of calm. Bringing a sense of quiet unease to the gallery space is Buenos Aires-born Florencia Bohtlingk’s work.

Beautiful and unsettling: two of Florencia Böhtlingk’s paintings at Hache gallery (both photos via ramona.org).

This is her debut exhibition, and so this collection of paintings are neither anthological nor retrospective but simply the artist’s immediate and sensitive response to her subject matter.

Open everyday except Mondays and Sundays until 21st April.

Rolf’s advertisement for their latest exhibition (photo via the gallery’s website).

Galería Rolf seeks out art which is specifically not just valued for its aesthetic worth, but which also explores and challenges the political and social context in which it was created.

Marcos López’s work if definitely worth checking out. Behind a gaudy, pop-art façade, his artwork packs a satirical punch. He describes his work as combining Latino-pop and sub-realism to create neo-baroque subtropical digital representations of “the great Argentina, just, free, and sovereign.” Check them out yourself to find out what this could mean.

Open Monday to Friday until May 31st.

Though the name of Franco Basulado’s exhibition literally translates as ‘The discipline of bodies,’ there is not a trace of human life here. Instead, with an unnerving, provocative effect, the gallery space is full of chains, metal structures, and loose wires. Just as well, since the founders of this gallery describe their space as a “laboratory for audiovisual experimentation.”

Setting up: one of Fundación El Mirador’s gallery spaces (photo via their website).

Open Thursdays and Saturdays until the 5th of May.

Despite being 90 years old, Galería van Riel is no less innovative than its younger counterparts. It boasts an archive of experimental, innovative artwork which pushes the boundaries of form, color, and structure.

Deceptively simple, Teresa Pereda’s work is no different:  “My instrument is simple; but I impose certain conditions on the paper which end up visualizing the laws of physics and geology.”

Open Monday to Friday until the 20th of April.

You could spend hours browsing Aldo de Sousa’s beautiful website, which boasts an archive of works they’ve shown in the past as well as ones they’re currently showing. That’s not to say that their stunning gallery space is not worth a visit. Flooded with natural light, and with its flawless white walls, its the stuff dreams are made of.

Sofía Berakha’s paintings play with clashing textures and boast subtle, muted color palettes that are at once calming and intriguing.

A nocturnal visit to Aldo de Sousa (photos via the gallery’s Facebook page).

Aldo de Sousa prides itself on being a gallery which not only exhibits the work of Latin American artists but also helps get their work in galleries across the world, having fostered strong ties with galleries in the US, Canada, and Spain.

Open Monday to Friday until the end of the month.

Also check out Grupo Escombros’ Pancartas this weekend at Walden Gallery and keep an ear to the ground about all things cultural on Wipe. 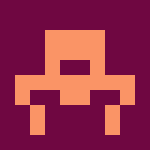