Yes, Unemployment in Argentina is Slightly Down (But Probably for All the Wrong Reasons)

The Finance Ministry was celebrating yesterday after the first truly comparable job market stats in years published by the INDEC statistics bureau showed a decline of 0.6 percentage points in the unemployment rate. But a detailed look at the report shows it is still too early to pop that champagne bottle sitting at the back of their fridge, since it looks like the drop might have been caused by all the wrong reasons.

The stats showed that unemployment was down from 9.3 percent exactly a year ago to a somewhat more encouraging 8.7 percent for the second quarter of 2017. But they also suggested that the explanation behind the decline might not be job creation, as the rate of “economically active population” also fell by exactly 0.6 percentage points, from 46.0 percent 12 months ago to 45.4 percent in this last report.

But what exactly is the meaning of “economically active population,” you might be asking, and how does it tarnish these seemingly positive unemployment results?

The category is the result of adding up the amount of people holding a job to the amount of people actively looking for one. If, out of 100 inhabitants, 50 hold a job, 5 are looking for one and the remaining 45 are either too young, too busy studying, too old (pensioners), too discouraged to keep on searching or simply too rich to care, the rate of economically active population would stand at 55 percent: 50+5 over the total hundred.

And why is this category important other than for us stats geeks? Because the unemployment rate is only measured among people considered “economically active”.

This makes sense in a broad way, as no one would want to count toddlers or retired millionaires as “unemployed”. But it can also be tricky, as some people stop looking for a job not because they don’t need or want one, but because their hopes of finding one are so low, or their usually accompanying depression so deep that they simply stopped looking for one.

So although, as a rule of thumb, the lower unemployment percentage the better, slight drops in a context of low job creation such as the one seen throughout the country in the last few years might not necessarily mean good news. And one of the best ways of controlling for this “discouragement” effect is keeping an eye on the economically active population figures published in the same job market reports.

Overall, the report showed that 60.000 people found a job in the last 12 months, but that was only enough to cover for one fifth of the population increase in the urban areas that the survey measures, which rose from 27.2 million to 27.5.

INDEC’s own reading of its data also played down the decline, saying in the brief introductory commentary that comes with the report that it was “within the margin of error”.

Less gloomy alternative factors might also be playing a role in the decline of activity rates: households with two or more working-age adults might have seen their purchasing power bounce back a bit this year due to the drop in inflation, opening the door for one of them to stop looking for a job and instead focus on studying, raising kids or housekeeping. But none of that is easy to prove, and overall economists — even the most government-friendly ones — agreed yesterday that job creation was not behind the bounce back.

INDEC’s publication had been long-awaited, as it was only a year ago that the bureau released its first job report of President Mauricio Macri’s era, opening the door for the first serious evolutionary analyses.

Prior to that, the reliability of INDEC’s figures was being strongly questioned by most experts, who argued that government intervention of the institute between 2007 and 2015 led to unprecedented statistical manipulation to make the results of its policies look better.

Regional worries
Looking at the regional breakdown, the report seemed to confirm some of the divergences that economic analysts were beginning to foresee regarding Macri’s economic reforms.

One of them was the widening of the gap between Buenos Aires City and the more working-class Greater Buenos Aires.

In the city, unemployment plunged from 8.5 percent to 7 percent over the last 12 months, a clear improvement even after weighing it against a 1 percentage point decrease in the country’s capital’s economically active population.

In the BA outskirts, meanwhile, a similar drop in activity rates (0.7 percentage points, from 45.6 to 44.9 percent of the total population) came with only a marginal decrease in unemployment rates, from 11.2 percent to 10.9 percent, suggesting that the job market might still be on a downtrend there despite the country’s bounce back from 2016’s recession.

This was hardly a surprising fact, given the relatively high importance of the struggling industrial sector for job creation in the region.

And although technically outside of Greater Buenos Aires according to INDEC’s classification, the neighboring Buenos Aires province capital of La Plata and its outskirts saw a quite scarily steep increase in joblessness over that same period: from 6.9 percent to 10.2 percent, despite activity rates remaining roughly unchanged.

Also lagging was the southern Patagonian region, with unemployment up from 6.3 percent to 6.5 and the Chubut province taking the worst hits, as its two biggest urban centres, Comodoro Rivadavia and Rawson-Trelew, saw joblessness up from 2.4 percent to 6 percent and from 7 to 9.9 percent respectively.

The contrast between the old oil industrial giant Comodoro Rivadavia and the city of Neuquén, which might be seeing some benefits from the nascent shale hydrocarbons industry in the namesake province, was stark, with the latter seeing a 1 percent decrease in joblessness.

The Cuyo provinces in the West and the Northeastern region saw clear improvements, on the other hand. They had the lowest joblessness rates of the country at 3.8 and 3.5 percent respectively, both looking better on the year-on-year comparison, even if the latter region still shows the lowest activity rates of the country, in line with its relatively smaller economic output.

Looking forward, expect the quarterly jobs report to be on the spotlight for a long time, as whispers of a post-election market-friendly labor reform from Macri’s team could soon get louder, while the government will also have to face fire from opposition and unions even if the economy continues to bounce back in 2018 if the the recovery remains a joblessness one. 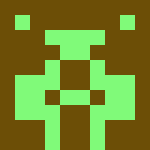