The death of two-year-old Brenda Vega in Salta Province due to malnutrition once again puts the spotlight on this particular health scourge in the country’s north, notably among indigenous communities.

Brenda was a member of the Wichí tribe, an indigenous people living in northern Argentina and Bolivia. According to medical reports, she died of “difficulty breathing, acute gastroenteritis, metabolic damage and malnutrition.”

Sadly, malnutrition seems to be a topic that comes up in the news cycle every few months, only to fade back out of the public view. In fact, Brenda’s story took a month to reach national coverage (she died on April 21st) and was only covered today by Clarín and a few other outlets, after it gained enough traction on social media. Once the story made it to national headlines, Salta authorities addressed the issue.

“This child’s death is a subject that hurts us all,” Salta Early Childhood Minister Carlos Abeleira told press. “We’re all responsible for her death.”

“Sometimes the levels of alarm in these communities are not the best,” he continued. “In many cases, families don’t go to health center when their children are already in a serious or delicate condition.”

If that sounds a tad bit like victim blaming, that’s probably because it is.

According to official reports, the child’s family “refused” to have the child transferred to a hospital nearly 300 km away from where they live after health officials became alarmed by Brenda’s loss of weight. However, Brenda’s mother, Nancy Choque, told local Salta press that she did initially bring Brenda to the hospital when the child first started vomiting and having diarrea. Choque says that she was given some sort of syrup that did little to improve the child’s condition, before she took a turn for the worst.

The family is accusing the State of not providing adequate help, as Brenda’s father in unemployed and the family depends on the AR $3,000 it receives from the Universal Child Allowance.

Salta Governor Juan Manuel Urtubey, along with Childhood Nutrition Foundation (CONIN) opened a health center for undernourished and underweight children on March 29 in the southern zone of the province’s capital. He has plans to create 50 of these centers throughout the province, according to Clarín.

This month, Salta’s government has apparently worked to reveal data about its people, “change the reality” of communities in the north of the province and use medical trucks to help children and pregnant women. Well, that’s at least what their press releases have been saying.

Recently, the province has struggled in the area of public health. Salta’s former secretary of food and nutrition Cristina Lobo resigned in October 2015 amid accusations of skewing statistics and after making some controversial statements, according to Perfil.

According to Abeleira, there are 2,000 cases of underweight children.

As we’ve established, this is not a new problem. Brenda’s story is reminiscent of Oscar Sánchez’s, which hit Argentina’s media sphere in September 2015, even gaining international coverage. Oscar, a member of the Qom tribe from Chaco Province, died at the age of 14 due to malnutrition and tuberculosis. He weighed 11 kilos. 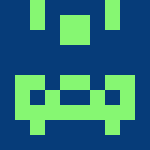