A month-long clash between Kirchnerite-affiliated organization Tupac Amaru and Jujuy Province’s government has reached a boiling point with the arrest of leader Milagro Sala, as the group continues to demand that the provincial government not jeopardize people’s livelihoods by taking its funding away while the government insists that the organization has been defrauding the state and is guilty of clientelism.

But before we get into the specifics of the conflict, here’s a quick refresher on who we’re talking about, exactly.

So What’s Been Going On?

On December 14th, Sala and members of Tupac Amaru began camping out in San Salvador de Jujuy, the capital of Jujuy, in protest of what they considered the new government’s failure to continue paying salaries and providing benefits which the previous Kirchnerite government had allocated them.

Tents have taken over Belgrano plaza in Jujuy province. Photo via Edicion Jujuy.

Morales has accused Tupac Amaru of defrauding the state by keeping social welfare money allocated to them for social projects for themselves. To monitor what they do with the given money, Morales arranged for the payments to be dispensed via bank accounts instead of cash.

“Sala wants to continue managing public money,” Morales said. “But as long as we are in power, we won’t allow them to continue robbing state funds.”

The protest spread to the City of Buenos Aires around December 25th as members of Tupac Amaru demanded that President Mauricio Macri guarantee to continue funding the group’s public works. The group risks losing approximately 20,000 jobs if state funds are redirected.

On Friday, Morales fined Tupac Amaru $100,000 for setting up camp on the plaza and said he would revoke the legal capacity of the organization.

Then Sala was jailed this weekend on charges from a Jujuy court for “instigating criminal activity and disorder” with the setup of the plaza encampment.

Yesterday morning, police began clearing the streets surrounding the plaza in San Salvador and demanded that children be taken out of the protest. After an internal meeting, protesters decided to abide by the demands to clear the streets and to remove any minors from the campsites but announced they would continue with their encampment on the plaza until Sala, who has begun a hunger strike, is freed.

Thousands came out to the Plaza de Mayo to show their support for Sala. Photo via Infobae.

Likewise, the Center for Legal and Social Studies (CELS) has spoken out against her incarceration, which they argue sets a dangerous precedent of criminalizing an act of protest. According to the Buenos Aires Herald, the CELS intends on taking the issue before the Inter-American Court of Human Rights.

“Criminalizing the practices related with the exercise of the right to protest leads to a restriction of democratic liberties and an illegitimate application of criminal law,” wrote CELS.

Meanwhile, Morales insists that Sala’s actions have meant to discredit his government from the very start and don’t have the people of Jujuy’s best interest at heart.

“The plaza encampment is politically motivated and intends on discrediting our government, which reflects utter intolerance for democracy,” he said.

He argues that by managing social funds and, accordingly, the livelihoods of thousands of people in Jujuy, Sala has run a pseudo state of terror.

“[Tupac Amaru] has destroyed many families with its methods. They tell you ‘you must go to the protest encampment or I’ll take your house away; you must block this street or I’ll remove you from the cooperation.'”

In a press release, the union of businesses in Jujuy, which include businesses such as the tobacco chamber of commerce, mining companies and the local chapter of the Argentine Rural Society, praised the government for its effort to clear the encampment and “renewed their rejection” of the protests because they see it as “ineffective in the search for solutions” to the problems in Jujuy.

So Where Does This Leave Us?

While Tupac Amaru and its (generally) left-leaning supporters see the group’s protest as a bid to maintain their livelihoods in the form of jobs and social projects, the new Jujuy government and its (generally) right-leaning supporters believe that taking away Tupac Amaru’s state funds is their chance to discontinue what they see as clientelism, which they believe has stripped many Jujuy residents of their political free will.

The dispute has only exacerbated the already strong political divide that exists between Macri supporters and detractors, and right now, with Sala still in jail, it looks unlikely anyone will be sitting down at a negotiating table anytime soon.

Governor of Jujuy Gerardo Morales has been adamant in his opposition to the Tupac Amaru protests. 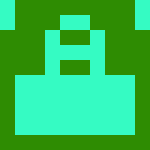