Here Are Four Argentine Contemporary Female Writers You Have to Read

Here is another Bubble series exploring local literary options, but this time we are introducing contemporary Argentine female writers. Now that you have already dipped your toes into the Rioplatense bookish scene, you are fully ready to embark in an onward literary journey.

Pay attention, read and then run to your nearest bookstore.

Samanta led quite an ordinary childhood until one day, at the age of twelve, she decided it was high time she stopped talking. A frustrated pre – adolescent who felt that words, rather than communicating her ideas, were distorting them. The distance between what she wanted to express and what people actually understood was far too vast, and that upset her so much that the only way out was to block speech as her communication method of choice. There was nothing physically wrong with her. Her vocal cords were intact and her motor skills were perfectly developed, but Samanta simply had no interest whatsoever in the world that surrounded her.

Eventually, she found a magic tool that would allow her to build a bridge between her private world and reality. It was the limitless creative power of literature which helped her find a way out. Today, she is one of most promising Argentine female writers. Her books have been awarded with many prizes and Distancia de rescate (Distance To Rescue) has been included in the list of the Man Booker International Prize. All her books share somehow the same topic: family ties, especially between parents and children. “When parents bring up a child, they try to get them ready to face life and its consequences, believing that they are contributing to their development, when actually all they are doing is deconstructing them, filling them up with preconceptions and fears and that, for me, is a tragedy. The family as an institution is the basis of all humana tragedies,” claimed the writer in one interview. Her works include Fever Dream, Siete Casas Vacías, Pájaros en la boca, El núcleo del disturbio and many more. Based in Berlin since 2012, Samanta is one of our contemporary gems.

Mariana‘s consolidation in the current local literary scene has been achieved by her extraordinary capacity of exploring fantastic, terrifying and macabre realms. There is a shared topic in all her novels: the immersion into the unknown, which might in most cases, turn into a frightful experience. Mariana’s writing style is also a characteristic feature that has contributed to her popularity: suspense and tension are not created by means of leaving certain aspects unexplored or even abusing from ellipsis or suspense dots; instead, she offers the reader detailed descriptions full of hyperboles and explicitness. Mariana places herself in an uncomfortable zone in order to fully create a shocking impact on her readers, there is no need to recreate a gothic castle or give life to a monster to disturb the audience; on the contrary, ordinary people and places can become the perfect protagonists and spots for a truly terror novel to develop. And so people living nearby the riachuelo can grow into zombies, affected by the river’s toxicity, or a girl at school can suddenly pull her fingernails out after having been bullied for a long time. Feminism is also a general topic among her works, with protagonists being frequently women who are trapped in a conflictive relationship, unable to free themselves from it and whose only way out seems to be the creation of a new female stereotype: witches who are not afraid to burn their enemies out. Mariana published her first novel at the age of twenty one called Baja es lo peor, which was followed by others such as Los peligros de fumar en la cama, Este es el mar and Las cosas que perdimos en el fuego (Things We Lost In The Fire).

Vera has only one premise when it comes to writing: be true to your feelings. “The point is to be honest with yourself, with the whole variety of feelings you have. One isn’t a good person at all times, we are wretched creatures, and nobody dares talk about that,” argued the writer in one interview. Vera portrays familiar relationships and human miseries in a way nobody does. These are afflicted individuals whose lives are driven by jealousy, dejection, envy, resentment and revenge, and the writer’s intention is to show these characteristics as inherent to the human species, with no need to be hidden or  suppressed. It is people’s capability of refraining themselves from being authentic what concerns the author the most, and that is the reason why her characters are constantly fighting against the right thing to do and the way they feel, finally releasing such misery and incorporating it into their routine, naturalizing them. Together with Schwblin and Enriquez, Giaconi belongs to a generation obsessed with reality and daily life, it is in that precise location where they find their characters have more opportunities of embracing conflicts. This generation grew up under the military dictatorship, so actually the “mundane” just serves as an excuse to talk about deeper issues. There is always something else going on. They simply had to find other ways to express themselves, because reality was far too oppressive and did not provide them with the basic means to do so. The writer was particularly affected by the dictatorship as her parents had to run away from Uruguay and settled in Buenos Aires, where things were not much better either. Fear haunted her for a very long time. Her works include “Carne viva” and “Seres queridos.”

It has been a long time already since Pola became one of the most important voices of the local literary scene. Ricardo Piglia referred to her as the new Argentine literary gem and Granta Magazine chose her, among twenty-two writers, as one of the best Spanish speaking authors. There is a common denominator in her novels which includes cyberspace, hackers, gaming, apocalypses, dystopias, technology, biology and logarithms: this is a word which has lost control of itself (if we assume that it ever had one in the first place). Pola’s interest comes from her obsession with science and technology, she has always been tormented by the idea a post- Darwinian concept of evolution, a place where changes are far more abrupt and where the only people able to survive are the ones who integrate the virus into their DNA and mutate as a consequence of it. Her writing style is just a mirror that evokes the themes of her narrations. Before publishing “Las constelaciones oscuras”, Pola carried out an anthropological research that consisted of analyzing the “nerd” community, so that the novel could be highly appreciated by them. “Literature is essentially political and so it should become integrated into the political revolution of the 21st century, which is clearly technological. If people believe that today’s struggle means to fight against neoliberalism, they have clearly decided to stay behind” admitted the author in one interview. She has also written Las teorías salvajes (Savage Theories).

Have you picked your favorite? Good. Now go and read. Then tell me what you thought. 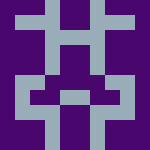