From September 24 to 30, the 3rd edition of the Buenos Aires Turkish Film Festival will be presenting local and international productions with Turkish themes about life in the country and European immigration.

This year’s Turkish Film Festival is opening with a special show of Sufi Whirling, a devotional dance from the XII century, originating in Konya, Turkey. Sufi Whirling is an counter-clockwise twirling dance representative of our DNA and the galaxy. It shows one’s connection with the inner-self and creation.

This section comes with three celebrated and prize-winning films, such as Winter Sleep, winner of the Palme D’Or in Cannes 2014, Sivas, whose director, Kaan Müjdeci, was awarded the Venice 2014 Special Jury Prize and Come to My Voice, winner of the 2014 Best Film Award in Mar del Plata (yep, the one in Argentina).

Aydin, a former actor, runs a small hotel in central Anatolia with his young wife Nihal, with whom he has a stormy relationship, and his sister Necla who is suffering from a recent divorce. As the winter snow begins to fall, the hotel becomes a shelter but also an inescapable place that fuels residents’ animosity. –IMDB

11-year-old Aslan saves an injured Kangal sheepdog named Sivas, a fighting dog that was left for dead after having lost a brutal match. He then tries to use Sivas to impress his classmates, in particular the girl he likes, and even sets up an amateur fight with another boy’s dog. –IMDB

Were Dengê Min: Come To My Voice

This is the story of two women on opposite ends of the life spectrum: a very young, curious Jiyan and her life-weary but resistant grandmother Berfe. They will have to save the person who links them to each other. –IMDB

Sponsored by the Goethe Institute, (ahhh, we love these guys), this year, the Turkish Festival will be presenting a special section dedicated to Turkish immigration into Europe.

That said, the following comedy should be a must-see in your list of films this year:

A comedy that follows an ex-con who lands a position in a school that sits on top of the spot where money from one of his earlier robberies was stashed. –IMDB

And, if you are looking for some reality-based drama with links to the Syrian refugee situation, go with:

Two at the Border

This is the story of two Arabian brothers, Ali and Naser from Syria and Palestine, who help Syrian refugees escape from Edirne, a Turkish city, to Greece.

Give Peace a Chance

caPaz is the main sponsor of this festival. A civil organization that seeks to promote solidarity, culture and academic and artistic relationships between Anatolia (Turkey) and Argentina.

Some of the screenings will have the film directors, actors, producers and cinematographer stay on for Q&A sessions. So, if you Why I Can’t be Tarkovsky, Until I Lose My Breath, Come to My Voice or Remake, Remix, Rip-off, seem especially interesting to you, stay until the end and have a little chat with them. (Just try not to ask, “What is the message behind your film?” – word on the street is that directors hate that question).

Also, if you are into film production, you can attend the following conferences: How To Build a Dolly With Soap about low-budget productions in the ’60s and ’70s in Turkey, and An Introduction to Turkish Cinema with Nadir Öperli, producer of Until I Lose My Breath.

This year’s Film Festival is closing with a special gathering and toast dedicated to all the work put into it and, while we’re at it, a call for more tolerance and peace.

Don’t miss out on this 3rd Turkish Film Festival. Learn more about it here. 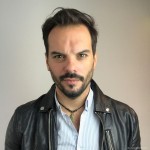