The two times before yesterday that the Peronist Party lost an election, the slayers were lawyers. Raúl Alfonsín (1983) and Fernando de la Rúa (1999) were fighting the law of gravity ruling Argentine politics since the mid 20th Century, which dictated that Peronism and only Peronism could run this nation. They did not succeed, or not fully: their terms had to be cut short amid economic and political chaos. They fought the law, but the law won.

Mauricio Macri hopes this will be third time lucky. As the new historical butcher of the Peronist beast, he does have one thing in his favor: Macri is a wealthy businessman who grew up in a filthy rich business family — that is, a true capitalist. And remember that the basis of Peronism, as founded by Juan Perón back in the 1940s is, as its anthem goes “fighting capitalism.”

Is Macri still a businessman? His first task as President will be to make some earnings to fatten the country’s emptying coffers and avoid a cash crash that would trigger devaluation. Devaluation means exactly what it says it means: lowering the value of something (in this case the money Argentines have in their pockets — except those bastards who like to stick to their dollars). That is exactly the opposite of what a successful businessman is supposed do to.

Stress on the word success. Eduardo Duhalde, for instance, was one of the three Peronists defeated in a presidential race. The first was Ítalo Argentino Lúder (yes, “Argentino” was his middle name). The third was Daniel Osvaldo Scioli (who has for years used his initials DOS or “TWO” as a marketing tool, as if he were predicting his defeat well in advance). Back to Duhalde: in the middle of the country’s 2002 meltdown, he said that, “This country is condemned to success.” His own political story was somehow testimony to that: he lost the vote in 1999, but was voted in as interim President by Congress anyhow on January 1, 2002.

But for Macri to have a Happy New Year and more happy days to follow, he will have to do something about the economy. The level of tolerance Argentines will have to the news (likely bad) that will come in the mail will mark the maturity of a society that seems to have isolated itself from the polarization offered as almost the only political menu over the last few years.

In scientific terms, depolarization implies a “sudden reversal in electrical potential from negative to positive.” Maybe against his own will, Macri surges as the main figure of a Zeitgeist that requires an entire new way of conducting politics. He will have to perform a tightrope act between the change he has offered and the continuation many Argentines (including many that voted for him) want. If he is to succeed, “sudden” should not be the case.

His Republican Proposal (PRO) party, the undisputed leader of the Cambiemos alliance that is now catapulting him to the Casa Rosada, was born in 2003, the same year Kirchnerismo erupted onto Argentine politics. It was initially called Compromiso Para el Cambio or Commitment for Change. It was first a political act, before Macri even ran for mayor for the first time to lose against Aníbal Ibarra in August last year, was to take a stance in the second round that never was on May 18. It was Carlos Menem vs. Néstor Kirchner. The day Menem walked out of the race, Macri issued a statement endorsing Kirchner and promising to help to “guarantee governability.” As the man reaching office with the thinnest vote mandate in history, Kirchner needed every support available.

Macri will now need to bag every tiny bit of support, just like Kirchner did then. Literally, he’s got more clout than the late Kirchner had then – his people will run four provinces including the two largest and most influential electoral districts (Buenos Aires Province and Buenos Aires City). But metaphorically he’s got less, for the simple reason that he is not a Peronist and therefore technically not able to catch all the survivors of the Peronist political shipwreck.

The slow but sure growth of Macri’s party amounts to the most professional political experiment performed by Argentina’s elite in at least 100 years. The filthy rich of this country had walked out of politics in the early 20th Century, when they thought it was better to use the military to abort the governments of the middle class under the Radicals or the working class under the Peronists instead. His greatest challenge will be to bridge that class gap and expand his base of support. If he doesn’t, popular sayings have an alternative to third time lucky: “Never two without three.” 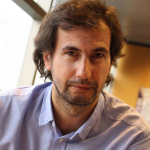