The Olympics Is No Missed Opportunity

Once upon a time there was an enormous country down South that was portrayed by painters, naturalists and writers as some kind of lost paradise, still to become a beacon for the world, where ethnicities either mixed up or lived harmoniously and a touch of everlasting good mood blended it all smoothly like a sip of caipirinha.

From time to time, this utopian idea of Brazil and Brazilians was shaken up by both historical unveilings – the longest-standing slave regime in the Americas is enough to give a hint – or by mere fact-checking: Brazil has been among the most socially unequal countries in the world ever since statistics were elaborated to measure it.

However, when Rio de Janeiro was chosen to host the Olympic Games back in 2009, utopian Brazil was out and about, be it in the iconic Economist’s rocket-firing Christ Redeemer cover, be it in the coining of the BRIC acronym by a Goldman-Sachs executive. In fact, right after the announcement, then President Lula da Silva assured, “those who doubt Brazil doesn’t have conditions to host the Games will be surprised” and added: “We must celebrate, because our country has become a first-class country rather then a second class one.”

What followed now seems to be yet another earthquake to this perception. As quite accurately described by The Bubble Brazil Editor Gabriela Antunes, Brazilians “are faced with a possible moral crisis aggravated by a deep recession and political turmoil that is not a random situation but a living reflection of the canyons dividing the Brazilian soul as we speak.” To sum up, a darning cocktail of conservatism, long-hidden prejudices and corruption bulldozed any romantic bossa-nova sunset idealism and gave way to post-party hangover and hopelessness after so many broken promises.

Not quite a zeitgeist for hosting a party, right?

I say: “Wrong!” As the handful of brave tourists flock through Rio airports, the streets of Copacabana (by the way, where this article is being written) are living up to the expectations. The music is on, and so are the caipirinhas. I have never seen so many street musicians play in downtown streets like nowadays. Last Sunday, a bohemian mock torch traveled through all the botecos in da hood in the hands of the most iconic drunkards of the city. From time to time, the crowd chanted the now ubiquitous (at least as far as bohemian concerns) “Fora Temer!” demanding the interim President to step down, but for the tourists it certainly went undistinguished from any laiá-laiá or perepepê.  Next Friday, I’m sure Rio will be practicing flawlessly its all-time favorite sport: showing off to the world!

Will it suddenly erase all the sickening revelations of the past months? No. Will it bring haunting ghosts of conservatism and prejudice back to their grave? Impossible. Just like they do on a yearly basis during Carnival, Cariocas will embark on a luxurious frenzy that, emulating Ash Wednesday, will fade when the Games come to a close… only then the moral crisis this country is going through will resume (again, accurately portrayed by Gabriela).

But, then, there is also a bright side to look at. Despite the disastrous consequences of this illegitimate government and the seemingly unbearable discontent of the Brazilian civilization, as well put by Brazilian journalist Eliane Brum for El País, “historically hidden fractures can no longer be shadowed,” which actually opens up an opportunity to seriously debate its hitherto overlooked contradictions and hopefully come up with a creative solution infused with the best traits of the Brazilian society.

In this regard, we’ve got the savoir-faire. One doesn’t need to go to far to find out everything good – from music to literature, from cuisine to architecture – that has ever been produced in this country was a product of friction, amalgamation and mixing, only enabled by its best moments of tolerance.

“There is a huge potential in this moment in which Brazil is a big question mark staring at the mirror,” concludes Brum in her article… And the biggest number of black Brazilians currently attending universities among historically low levels of inequality has to be more suggestive of a positive outcome then a bunch of lunatics preaching neo-evangelical madness.

Specially in times when the world’s is triggering its quest to achieve the Sustainable Development Goals set out by the United Nations, a positive Brazilian response to this crisis may actually be the beacon this troubled world so desperately yearns for.

As the local saying goes: “I am Brazilian, I never give up!” 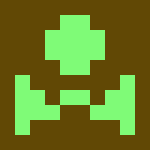