The Life and Times of a Political Troll

Camilo wakes up at 8 AM, eats breakfast, turns on his computer and gets comfortable on his couch. He picks out a How I Met Your Mother episode (one he’s already watched a thousand times) and hops on the Internet. Camilo has a home office and a great job: he’s a professional troll.

What does this mean? Basically, he has to post around 80 comments on various websites, such as politicians’ Facebook or Twitter pages as well as news outlets in favor of Chamber of Deputies President and — at the time this article is being written — Buenos Aires Province gubernatorial hopeful Julián Domínguez. To do this, he must manage many profiles handed over to him by his troll boss. One of his main tasks is not getting blocked, something that happens often. He is paid around $7,000 pesos — a big number, I know — and can easily be paid even more.

It’s the begining of the day so Camilo starts off light. First, he posts around 20 posts on Domínguez’s Facebook and Twitter. This is relatively easy because Camilo would vote for him if he lived in Buenos Aires anyway, he says.

Then comes the hard part: posting on other candidates’ pages about things they did “wrong” and generating an explosion of angry comments. Only once he’s succeeded in creating said explosion can he call it a day.

He starts by posting on Aníbal Domingo Fernández’s pages and bingo, this angers his voters. There goes another ten posts. And so the day goes until he finishes up the 80 posts.

You must be wondering how Camilo can write around 80 different comments if he’s not a Peronist, but this isn’t much of a problem, turns out. “It’s just a job,” he says. Which makes sense when you know this is a job for which can earn you up to AR$10,000. Pretty tempting.

There are many people like Camilo, but since they all work from home, they don’t know each other. They all work for the same “master troll” who coordinates the whole campaign and tells them what to do. It’s a good gig and doesn’t require you to work at an office. But it’s all fun and games until you run out of ideas about what to write and still another 30 comments to go.

But besides that, our troll only has to worry about not getting blocked.

So all in all, the problem isn’t the fact that trolls leave insincere comments; nor that Camilo has nine different accounts with 20 different names, which no one will ever check. No, none of these are real problems. The issue is that a naive individual may read a “troll” comment and register it as “real” opinion posted by a “real” voter, and thus allow said comment to influence his or her vote.

So be careful what you believe, folks. 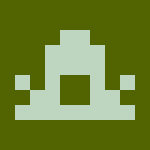