Saint Patrick’s Day is upon us. If this article were a promotional video, it would be a montage of shamrocks, leprechaun hats and a lot of partying with the people who have somehow managed to set up more pubs around the world than Starbucks (although not really). It doesn’t matter if you don’t have a drop of Irish blood in you – heck Saint Patrick wasn’t even Irish either  – there’s still every excuse to celebrate Ireland’s patron saint. So pull up a chair and a Guinness and let your cool Aunty Bubble show you how you can paint the town green tomorrow.

The Irish embassy in Argentina have a number of events lined up, kicking off with a festival of Irish movies. Starting off with a biopic, Eliza Lynch: Queen of Paraguay, following the life of the Irishwoman Lynch, wife/mistress of bloodthirsty Paraguayan dictator Francisco Solano López. If that’s not your cup of tea, they’re also showing a couple of fantastic Irish musicals – budget-film-cum-Hollywood/West. End-sensation Once, and last year’s feel-good highlight Sing Street. The films are at different times each night, so check the schedule for the exact timings and to see what’s showing.

Your friends at BAIS are hosting a beer pong tournament down in Palermo tonight. Admittedly, BAIS beer pong happens every week, but this St Patrick’s day edition is bound to be pretty packed. Get down early for happy hour, and practice those pong skills for a chance to win a trip to Iguazú falls next week, or a dinner for two at Chicken Bros. Make sure to sign up first.

Speaking of Chicken Bros… If you want some Chicken Bros. in your life without having a long night of beer pong to earn it, hit up their block party on Friday night. If the endless beer, face paint and general onda, isn’t enough to have you convinced, go along just to find out what the flaming shamrock ‘Irish Car Bomb’ drink feels like. It’s a shot of Jameson whiskey and Homemade Baileys dropped in a half pint of Stout…which has to be downed in less than 10 seconds. Buckle up kids…

If one shot of Jameson’s isn’t enough, luckily the actual company is taking over the Palermo Hippodrome for the evening, as part of the ‘Live Dublin in Palermo’ festival’s fourth edition. As well as — presumably — a lot of whiskey, the night will feature what every good festival needs: live music, food trucks, street art and other “original activities.”Intriguing…

Much loved chain The Temple Bar are opening their doors – seriously, all of their many doors, in their four venues around the city of Buenos Aires, as well as in the city of Córdoba if you fancy making a weekend of it – for a night of St Patrick’s Day festivities.  Also, consider working on that fake ID skills you had to use ages ago, because everyone with the name Patrick, Patricia, Patricio or Patricia gets two free drinks. Live music, lots of beer, nondescript surprises…you know the drill.

It wouldn’t be a celebration of Irish culture and national pride without a good pub, or better yet, multiple pubs. Pubs that have green beer. This particular pub crawl starts off in Levitar – with free unlimited pizza and beer we might add – and, if anyone’s still standing by the end of it, ends with free entry into a Palermo boliche.

Next up in the Irish embassy’s Irish Culture Week, and arguably the main event, is ‘Buenos Aires Celebrates Ireland’ – a whole afternoon of traditional Irish music and dancing in Centro. It claims to be the most important Saint Patrick’s Day celebrations in the whole of South America, so no pressure. At 2PM there will also be a dramatic reenactment of the life of Admiral William Brown – an Irish-born Argentine admiral who served in the Argentina’s War of Independence –  as this Saturday marks the 160th anniversary of his death. If that name sounds familiar, it’s because a professional football team from Puerto Madryn, in the southern province of Chubut, carries the Argentine version of his name, “Guillermo Brown.”

Who know there was a social club in the Buenos Aires Province dedicated to hurling?An ancient Gaelic/Irish sport, basically super-violent hockey in the air…but not Quidditch. But, anyway, such a club does exist, and is putting on quite the show for St Patrick’s Day this weekend. It starts off with some actual hurling, before an evening of music, dance, craft beer and then a formal dinner.

After the storm of actual St Paddy’s day has blown over, you’ve got about a week to recover for this delightful event. As a last offering from the Irish embassy, Irish pianist Míeál O’Rourke will be the Usina del Arte, in the neighborhood of La Boca to a couple of piano recitals. O’Rourke is most famous for his recordings of the pieces of Irish composer John Field, but his performances will also feature renditions of Chopin and Mozart, accompanied by a quartet of Argentine musicians. 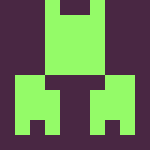