The 10 Best Nicknames in Argentine Sports

If you are even a casual observer of Argentine sport, you would probably have noticed that everyone involved has a nickname. The vast majority of these are pretty uninventive, and indeed downright confusing given the number of sportsmen with the same monikers.

But look beyond the (rather politically-incorrect) oceans of Negros, Flacos, Locos and Chinos, and you will unearth some real gems. Better still, stay in bed (it’s barely noon, after all), let us do the hard work for you and enjoy Argentina’s 10 most original and funniest nicknames.

The nation’s best current tennis player may not be in everyone’s good books, due to his apparent refusal to play in the Davis Cup. Personally though he is doing brilliantly, continuing a comeback from injury with final victory over Roger Federer at the weekend. The Tandil Tower (or “Torre de Tandil”) refers to his birthplace (Tandil) and his gargantuan height, which he uses to rain down the pain on his racket rivals.

This rather morbid moniker has a logical root. Chacarita have played in the conurbation town of Villa Maipu since 1945, but their spiritual home has always been the eponymous Capital neighborhood (you may know it as Palermo Dead, and I hate you). With the neighborhood’s greatest attraction being the enormous Chacarita cemetery, an association with death was perhaps inevitable; a connection fans try to keep up until this day by scaring the life out of visitors and calling them the funebreros.

The former Independiente player is now Argentine sporting royalty, as a regular starter for the Selección (Argentine national team) and one of the English Premier League’s top stars. His son even has Maradona blood, for heaven’s sake. I bet that you are wondering, though, what the hell does that nickname mean. Well, let me help. As a baby, Aguero bore a close resemblance to Japanese anime character Kum-Kum. Friends and family picked up the name, it stuck and here we are.

It is not the most inventive or cleverest tag, but I am a sucker for a good piece of alliteration. Sergio ‘Maravilla‘ Martínez is one of the best Argentine boxers since legendary pugilist Carlos Monzón, and more than deserving of the marvelous name. It sounds best with an Argentine ring announcer, putting special emphasis on the “Sergio, Maravisshshhshshshshshshshshshaaaaaaaaaaa Martíiiiiiiiiiiiiiinez!!!!!”

When Rosario native Lionel Messi (if you haven’t heard of him, this perhaps is not the article for you) first hit the scene, the media in both Argentina and Spain dubbed him the ‘Atomic Flea’ (pulga atómica). With time that has been shortened, and these days if you hear a local commentator frantically shouting “La Pulga La Pulga La Pulga La Pulgaaaaaaa” it’s not that he has an infestation problem. It is an expression of enjoyment at watching the world’s best player do his thing.

Why the nickname? Because he’s short, maybe? I don’t know.

Not a long-lost relative of the infamous Cluedo Colonel. “Mostaza” Merlo was a stalwart of River Plate in his playing days, and won Racing Club’s first title for 34 years as a coach in what has been a rather journeyman career on the benches. His shock of blonde hair, which he is fighting to conserve even now on the wrong side of 60, is what prompted the condiment-inspired nickname.

Love it or hate it, Argentines do not mince their words when it comes to labels. We can feel more comfortable as right-on citizens, though, when the name comes from the team itself. Argentina has one of the best blind football sides in the world, and with a certain self-deprecating humor call themselves the Bats (“murcielagos”). The ‘Bats’ have distinguished themselves with several world titles, and have also taken on teams such as the Argentine womens’ hockey side and the Argentine football team (blindfolded) in special exhibitions.

The La Plata club are one of Argentina’s most successful football institutions, with one of the silliest nicknames around. There are several versions as to why they are known as the pincharratas (Ratstabbers). One story relates it to the lab work carried out on rats by students of medicine who made up part of the original team. Others, point to an early fanatic who skewered stowaway rats in his bar. You know, like serial killers do.

Good old Diego has been called many names over the last thirty years or so. Indeed, such is his transcendental influence on popular culture that he himself has spawned slang: the 10 peso note is often known on ‘da streetz‘ as a Diego. But the man is best known as the Pibe de Oro, the Golden Boy – a name which has also been attached and suffocated a good many pretenders since the original hung up his boots.

10. NEWELL’S OLD BOYS AND ROSARIO CENTRAL: THE ‘LEPERS’ AND THE ‘SWINE’

Two for the price of one in Rosario, this is the story of how Newell’s and Central ended up with the two best nicknames in Argentina. During the 1920s the city’s Carrasco Hospital sought to organised a charity match to raise funds for patients suffering from leprosy.

Newell’s accepted the offer to play, while Central for whatever reason decided against participating in the match. Who started with the insults is a conundrum older than whether the chicken or the egg got here first, but soon Central were being called canallas, an antiquated insult meaning swine or scoundrels, while Newell’s were dubbed Leprosos (lepers) for helping out the sick. The names both stuck, and the swine and the lepers continue battle to this day. 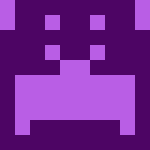