Alberto Nisman, a federal prosecutor and the lead on the AMIA bombing case, was found dead in his Puerto Madero home on Sunday leaving behind a wife and 2 children.

The timing couldn’t be more suspicious – Nisman was a day away from testifying in front of Congress against Cristina Fernandez de Kirchner, accusing her of perhaps the most cartoon villainy things a president could do – covering up a terrorist attack and impeding an investigation for economic gain. His body was found in his bathroom with a single gun shot to the head, along with his gun.

To say there’s a lot of skepticism in Argentina is an understatement — the mood can only be described as ‘conspiratorial‘. An entire country has been turning to all things social media to vent their outrage at this turn of events, and the verdict is in: Cristina had this man murdered for political reasons. News outlets like the WSJ and the Daily Caller are reporting “just the facts” (5 Things to Know About Argentine Bombing Probe — you mean 5 Contextless Facts that Perpetuate Our Own Beliefs), and Argentines are happy with the narrative that their President – easily elected both times – should be suspected of involvement. That narrative is:

Prosecutor finds a governmental cover up, dares to take on a corrupt president, ends up dead on the eve of testifying – and literally the world media just assumes she did it.

In light of this, it’s important I make this clear in English for all to read: It’s highly unlikely that Cristina Fernandez de Kirchner or anyone in her inner-sanctum organised for Nisman to be killed. Let me repeat that: There is next to no chance this was a governmental conspiracy to commit murder. So let me explain why Cristina wouldn’t have killed him, what the case is about, and hypothesize what led to Nisman’s death.

Why Cristina Fernandez de Kirchner did not kill him

The threat of Nisman was minimal to Cristina and her party. At first glance his allegations appear serious and his evidence exhaustive, but he was never clear on exactly what it was that Cristina did wrong. The only dubious tactic he mentioned specifically was her intent to trade a removal of an Interpol arrest warrant for Iranian officials as part of their “oil for grain” trade offer. He seemed to imply that her people (who were yet to be identified) were in preliminary discussions with Iran about how the a truth commission could be used as a cover to rewrite history (hence the cover up accusation). He had wiretaps that appear to be obtained from intelligence officials (more on them later).

This brings me to my point: Killing Nisman would not ensure the disappearance of this alleged evidence. Obviously, he would have made copies, or those who created the original documents/recordings would probably have copies too. This isn’t some Hollywood movie – Nisman wasn’t a lone ranger. Many others would have been involved and there’s no way the current government could know exactly whom. Nisman also made statements suggesting that his life may have been in danger. Unless he’s stupid or didn’t mean what he said, he likely had a plan for the evidence in case of his untimely death.

Now you may have read that Nisman had been investigating Iran for the last decade. Judging from the news coverage, it seems the consensus view both in Argentina and internationally was that Iran was ultimately responsible for the 1994 AMIA terrorist attack. So this may surprise a lot of you: We now know it’s highly unlikely Iran was involved in either planning or financing the bombing. The reason is simple. There isn’t a shred of evidence, nor a good motive.

Allow me explain the Iran link.

The conventional thought on Iran’s motive is something like this: In 1994 Argentina canceled a nuclear technology sharing agreement at the request of the US and Israel, Iran decided to retaliate against Argentina for siding with enemy Israel, funding a former Hezbollah terrorist network to carry out the attack. This theory gained traction after Nisman reported he had an eye witness who identified the driver as Ibrahim Hussein Berro, a Hezbollah operative who had traveled to Iran for training in the 80’s. Berro was reported dead 2 months after the bombings by a radio station in Southern Lebanon after a skirmish between Lebanese and Israeli forces. Nisman hypothesized that this was a cover for his actual death at the Buenos Aires Jewish cultural center.

It seemed like some big progress, but didn’t break open the case. In 2007, at Argentina’s request, Interpol issued “red” notices for five former officers of Iranian defense and security departments, and one a cultural ambassador, Rabbani, who was in Argentina at the time of the bombings. Rabbani had been accused of spreading radical Islam to South America, mostly in Brazil. Nisman believed he provided local information and connections, helping Berro cross through the triparte border of Paraguay, Brazil and Argentina.

The problem is, this hypothesis goes nowhere. There are no known sleeper networks operating in South America, nor someone with the means to supply the equipment used in the bombings. The working theory that Iran wanted retribution for breaking a nuclear technology supply agreement doesn’t hold up to scrutiny: The agreement was never technically broken, was for less than US$18 million and was only nuclear medical equipment. Iran was still negotiating with Russia and China (and later signed an agreement with both), so why would they be blowing up ex-business partners while those negotiations were ongoing?

Sometime around 2007, a new theory started to gain traction: La pista siria (“the Syria Lead“). After the lack of breakthrough with the Iran theory, it looked more and more like Syria – where then president Carlos Menem’s family emigrated from and had ties to – was somehow involved. Unfortunately, Menem was able to use his power and interfere with the investigation.

It’s unclear exactly the turn of events that could have led to the bombing, but it’s not unfathomable. Menem was a corrupt president even by Argentine standards, and was arrested for trafficking arms to civil war stricken countries. It’s rumored Menem’s original presidential campaign was financed by Assad (father to the current leader of Syria) – known to be involved in worldwide drug trafficking and other illicit affairs.

But we’re faced with the same problem once again: This is all just another hypothesis, not backed by hard evidence. Menem had friendly relations with Syria’s dictator, but he’s of Syrian descent and it’s in the job description of a head of state, after all. But it’s certainly a more appealing theory, worthy of further investigation. Which brings us back to Nisman – his investigation was now in jeopardy.

Over the years, Nisman developed friendships with the officers he worked with in SIDE (officially, SI, but still referred to by its old name of SIDE in the press), the premier Argentine intelligence agency. He took advantage of their agent’s information networks with other agencies – primarily the CIA and Mossad – to assist him in building a case. But SIDE was in the midst of a bureaucratic upheaval. Sometime in 2013, Cristina began purging both mid to high ranking officials in SIDE, pushing for internal investigations of misconduct and squeezing in hand-picked officials to replace them.

The reasons for her meddling in SIDE are complicated, but has been speculated that the arrival of prospective presidential candidate Sergio Massa – who worked in foreign affairs and has SIDE allies SIDE – prompted her to clean house. SIDE has been plagued by many scandals in the past, notably in 2001 for spying on CIA, Mossad and German BND operatives, relaying information about them to ex-KGB members for profit. More recently, high-ranking agents have been implicated in drug cases. It was a win/win move for Cristina – more allies and less criminal activity – but it strained what was cordial relations with then chief of SIDE, Jaime Stiusso.

In July 2013, SIDE was broken open like a coconut. An agent described in court documents as “a man of Stiusso“, operating under the codename “El Lauchón“, Pedro Viale was a former SIDE agent alleged to be on the payroll of legendary mafia financier Raul Martins as a hit man. He was killed by the División Halcón (the SWAT forces of Argentina) during a raid on a house in Buenos Aires province. Little is known about how this affected his relations with the Kirchnerites, but it’s clear Stiusso became worried about where he stood, enough to take the unprecedented step of making himself available for an interview so he could deny the growing list of accusations against him and his allies.

So what happened to Nisman?

How I see it: The writing was on the wall for Nisman’s case. Cristina wanted a truth commission and normalized relations with Iran, and behind the scenes was pushing for the case to shift towards Syria. Nisman in his heart still believed Iran was involved, but with no new leads he would likely lose that argument. Stiusso, an operative since 1973 and a craft navigator of politics, fed Nisman either bad information or deceptively cherry picked recordings. Stiusso managed to convince Nisman that Cristina was making moves in back channels, and that her next step would be to discredit him, stripping him of everything he had worked for. It wouldn’t have been a difficult sell to Nisman neither; it’s almost taken as fact that Cristina and her political allies are corrupt and operate by their own rules. Or maybe Nisman knew and was trying to take her government down himself for other reasons.

Either way, there was an eerie confidence coming from Cristina’s circle following the allegations. Hector Timerman seemed prepared, measured and collected – both in his statement, in showing the letter from the Interpol ex-chief and calmly releasing all the documents on the case. Maybe such preparedness is just a guilty party knowing the day of reckoning is coming, but it’s clear they knew what information and recordings were being fed to Nisman.

Cristina called Nisman’s bluff. His career was over, his decade long investigation was for nothing, and his nuclear option was just a self-interested trick by Stiusso to give him leverage to keep his own position. The Iran link is now dead, both metaphorically and literally. But the damage done to the reputation of Cristina’s government will never be repaired – no matter what facts are put forward, a large portion of the population will continue to believe that someone acting on Cristina’s orders killed Nisman.

However convenient that view is to some, it’s not the lesson to be learned from this saga. It was the high stakes of internal politics that killed him, a culture that may not be literally the mafia – with their use of hitmen and all – but metaphorically ends the lives of hardworking bureaucrats frequently, destroying careers for the purpose of positioning their own allies and thus cementing their own power. The conspiracy theories will continue, though – this is Argentina, after all. To some, it’s easier to accept. 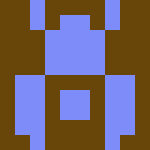