There are currently 2.5 million recorded Tinder matches here in Argentina, a number that spiked in the past year as the online dating scene exploded in Buenos Aires.

That makes us the second country in the region to most use Tinder, behind Brazil (of course Brazil would be first. But we’ll allow it: we beat Brazil in education last week) and one of the apps’ biggest markets along with the US, UK, France and Canada.

Counting 50 million users worldwide, Tinder effectively leads online dating, processing more than one billion swipes and 6 million matches a day. And it appears to have only complemented the already… robust Porteño dating scene (one known worldwide for its brazen Don Juan types, telos, etc.) by facilitating heady (or not) encounters.

Interestingly enough, Tuesdays and Wednesdays are when users are reportedly most active in Argentina, registering approximately 2 million swipes over the two days. Midweek boredom?

According to the company, Tinder is used everyday for a staggering average of ninety minutes per user.

Your true love is out there. Keep swiping. 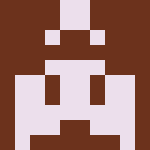