Study: Argentina’s Youth Unemployment Rate Is Highest In The Region

Argentina holds the highest youth unemployment rate in Latin America according to the UN’s 2015 Work for Human Development report. With a 19.4 percent rate, the country narrowly beats Uruguay (19.2 percent) and Colombia (19.1).

The report states that the nation’s youth unemployment is well above the regional average of 13.7 percent — a rate that has gone down from 14.3 in 2012. In the same year, youth unemployment in Argentina was estimated at 16.7 percent by the Permanent Household Survey, which is the going report conducted by the national statistics bureau (INDEC) tracking how the labor market affects Argentines.

The UN report defines “youth unemployment” as encompassing the unemployed aged 15 to 24. Take note that the legal working age in Argentina is 16, however exceptions are made for children aged 14 to 16 working for a company owned by their parents.

Clarín reports that the high number of unemployed youth is a result of changes in education, the job market, as well as a decreasing demand for workers.

Ana Miranda, a researcher at the Latin American Social Sciences University (Flaso) and the National Scientific and Technical Research Council (CONICET), told Clarín that, “The most critical age is 19 to 24 [for young workers], because we do not seek to incorporate young people into the workforce before age 18.”

“Youth unemployment is not only a matter of inadequate high school education. The job market changes so fast that it is difficult to establish a relevant education program for working life. On top of that, the jobs that one used to be able to get with just a high school education (cashier, secretary, administration and the like) are now slowly being replaced by technology.”

According to Clarín, budding workers tend to find stable employment between the age of 25 and 30.

According to the 2015 Work for Human Development report, 204 million people were out of work last year, including 74 million young people.

Unfortunately for the people looking for work right now, young and old, a survey recently conducted by SEL Consulting has predicted that the labor market won’t be recovering this year and that there will be no job creation in the private sector for the rest of 2016. The Ministry of Labor expects the same. 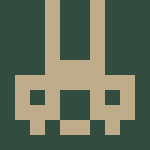 The austerity measures to try stop a run to the dollar