Six People You Meet at Weddings in Argentina

You’re sitting in the pews in the church, dressed to the nines, inconspicuously judging the bride’s choice of dress and wondering how many people are doing the same. In your head you wonder how many sins you’d be racking up if you slipped out for a quick smoke while the priest rambled on about commitment and such. Your friend makes a catty remark about some chick’s inappropriate hemline and suddenly, in cutting, whispered remarks you become an incarnation of Joan Rivers on Fashion Police. And all of a sudden you just can’t wait to get to the reception area after the religious ceremony and celebrate a marriage the only way you know how: by drinking!

Welcome to the wedding!

After being exposed to a few weddings this year, it has come to my attention that there are a certain amount of characters one can identify quite easily at these events. Now, they may not be exclusive to Argentine weddings, but they’re definitely there. Here are some of my favorites:

Never – and I can’t emphasize this enough – never leave your pack of cigarettes on your table for anyone to see. Why? Because there is this smooth, sly creature called the Ciggie-Snatcher, the man or woman who “only smokes socially,” and once they see your pack of Marlboro Reds, they’ll swoop in like a fat kid on a basket of empanadas, picking them off one by one. They come in all shapes and sizes, and even if they do not know y

ou, will ask you, with the most innocent expression of casual bashfulness, whether they can “borrow a cigarette.”

“Borrow,” my ass: you ain’t ever seeing that sweet nicotine stick again. The worst part? If you leave your pack on the table, it’s like an open invitation for them to keep coming back for another. And another. They’ll try to dull the blow after the first time by coming up with phrases like “I really hate to ask again, but…”.

Do not believe them. They actually do not hate asking. Just make sure you light up discreetly and always pocket your packet so as not to become an easy prey.

The One With Political Opinions Too Strong for a Wedding

You’re doing the rounds at the reception, wondering why the only empanadas you can find are de carne (beef,) and where the hell are the capreses hiding, when someone waves you over to their conversation, and like the unsuspecting fool you are, suddenly asks you what you think about the whole sovereignty situation in the Malvinas.

These people are generally of the older generation, but sometimes it can even be a teenager primping his wings like a po

litical peacock. You quickly shove the empanada into your mouth so as to a) process the fact that someone thinks this is appropriate wedding talk and b) try to come up with an answer that doesn’t make you sound like Bridget Jones by asking, “what’s a Malvina?”

You know these people, and yet never have you heard them comment on anything political in their entire lives, but something about weddings and alcohol and mingling with strangers has convinced them that they suddenly care about current events, and that they have to discuss them right now.

It’s hard to spot them from afar, but once they’ve lured you into their little web of random political chitchat, stall for a few seconds while you chew your empanada, smile as demurely as you can, and respond with a good “I’m sorry, I was just on my way to the bar. Let me think about that!”

Run for the wine and never look back. Whatever happened to commenting on the weather, or at least how nice the bride looks!? I have no idea.

Now this one of is one my pet peeves. I’m not trying to bash people with no fashion-sense, but I am calling out the people who show up at weddings we

aring inappropriate clothes. Like, when you’re kneeling during the church-bit of the wedding and you suddenly spot a girl whose wearing a dress so short, Jesus on the cross can almost see her English muffin. Seriously people, you’re not going to get on TMZ.

There is a time and a place for everything, and though I’m not telling yourself to cover yourself up à la Virgin Mary, skip the Mary Magdalene bit for, say, Shampoo, or the “bosques de Palermo.” Wearing white isn’t the only way to upstage the bride. And as for the guys, when the wedding invitation states that dress is “formal” this does not mean your feet are exempt. You think you’re cool wearing a suit and sneakers? You’re not. You look like you’re heading for a fucking quinceañera.

The Match-Maker is normally an older woman who, in the spirit of “weddingness,” feels some sort of maternal (?) drive to create as many new couples as she can in the span of one night. She’ll introduce you to someone, stating, “Oh, hello there X, meet Y. Y studied in England, and X once worked a season at a ski resort in Aspen.”

And she’s totally convinced that her work that night has been done, and that she can expect another wedding invitation in a few months’ time. Sometimes the person you’re matched with is as uncomfortable as you are, and with a polite “Nice meeting you

,” will head on back to his/her group of friends, allowing you to mercifully do the same.

Then again, sometimes you are unfortunately paired with someone oblivious to the Match-Maker’s designs who will try to draw you into some painful conversation, and you’re left wondering if it’s socially acceptable to chug your drink and excuse yourself to use the lavatory.

So, next time you see la tía Rosa charging at you with a gleam in her eyes and a guy/girl your age in her clutches, pretend not to see her and disappear into the safety of the dance floor.

We get it. Your best friend just tied the knot and you’re wondering if you’ll ever be loved and if you’re going to die alone surrounded by cats and have your body dissected at the Facultad de Medicina in the UBA. You drown your sorrows at the bar, and before you know it you’re on first-name terms wit

h the bartender. Then, you’re making out with someone you don’t even remember being introduced to. The Horn(y)-Dogs get a free pass because, I get it, hormones and such. If you’re going to indulge in such “festivities,” though, hide.

That’s what the bathrooms, closets, and even trees and columns are there for.

You don’t want to wake up with a killer hangover only to find incriminating pictures of you on everyone’s Facebook.

So keep it classy folks. Out of mind, out of sight, and out of social networks.

What better excuse to get completely drunk than a wedding, right? (Unless it’s actually your wedding.) Winos can be great: you can dance your ass off with them, engage in completely ridiculous conversations and make fun of everyone who isn’t a Wino! Beware though: you really don’t want to be standing by when the Wino crashes into a waiter’s tray (because you’ll be guilty by association), or say the wrong thing and end up on the wrong end of a caipiroska de maracuyá.

But, yeah, Winos are awesome and not just because I might be one. (Bonus: if you’re going to an Anglo wedding, chances are most people over the age of fifteen will be a Wino, so knock yourself out! Just not literally.)

So here are just six wedding caricatures I have discovered; if you can name more, comment below. 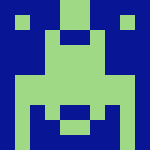 Six People You Meet During Spinning Lessons in Argentina

The lights go out as the ultraviolet lamps are turned on. Techno music starts blaring through the speakers while a giant screen at the end of the room begins showing trippy videos of total what-the-fuckery in an attempt to be avant-garde. You think I’m in some sort of club? Try again. Welcome to the spinning lesson at the local gym.

From Thursday the 24th of October to Monday the 28th October, a set of images titled ‘[Macro] Historias del [Micro] Centro’ by photographer Jimena Mizrahi were set up on the corner of Bartolomé Mitre and San Martin. It’s like “Humans of New York,” but translated to the porteño allure.

Do you ever get that feeling when you see your home town mentioned in fiction and you’re, like, pumping your fists and shouting ‘Hell yeah! Represent!’ The only downside is that, in our case, Argentina seems to be the safe haven for flamboyant villains who manage to elude Hercule Poirot and his incredibly annoying mustache. Here we examined four of them.