Following up on President Mauricio Macri’s promise last month to increase security forces’ wages, starting this month, a salary increase will be awarded to members of the federal police, border patrol (who also carry out police duties among civilian population), the coast guard and airport security.

A total increase of 35.7 percent will be made in three installments distributed over the next three months, according to Resolution 224/2016 published today in the Official Bulletin.

The bulletin states that on June 1 salaries will raise by 12.75 percent; after July 1 they will increase by another 8.5 percent; and after August 1 the remaining 14.5 percent will be granted.

This move is an important game changer for retired officers who’ve received retirement funds far lower than what they should. Why? That’s because coast guard, border patrol, police and airport security salaries frequently were not increased over time, and instead officers were given bonuses to make up for the lack of a substantial wage increase. One major problem that resulted from this system was that officers’ retirement funds were calculated on their official salaries — without the added bonuses — meaning that by the time they were out of service, they were receiving a pittance from the State. (Just like pretty much all retirees, but we won’t get into that here).

Macri last month expressed the need to normalize and regularize job sectors such as the security forces in which “retirement had become a jail sentence” because of unpaid pensions and pay inequality between retirees and those still active.

Macri made the same promise to the armed forces on Army Day last month and intends on raising military personnel salaries as well. As he previously stated, the Argentine army has been largely ignored these last few decades (though with a military dictatorship looming in the recent past, it’s easy to understand why). The Argentine military already had a pretty bad rap even before the 1976 coup that installed the last Argentine military dictatorship, at which point most Argentines lost all faith in the institution. Once democracy was restored in 1983, the army’s financing was drastically reduced and its reputation as a whole was taken down a few more pegs, especially during the Kirchner administrations. 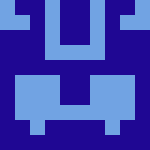