Next August, the recently ratified civil and commercial code will go into effect, impacting several fun areas of Argentine law such as contracts, liability, property ownership transfer and family-related legal issues (adoption, marriage, civil and strict liability, inheritances, etc). I know you’re looking forward to finding out what this all means, so let’s jump right into the nuts and bolts of the new code.

The new civil code was drafted by a special commission led by Dr. Lorenzetti, the current president of the Federal Supreme Court. The law was then approved by Congress, which introduced some changes at the request of the Executive. (Legal disclaimer: in Argentina, separation of powers does not mean different branches cannot interact with each other. In fact, they retain a close relationship — some like to say that “love is in the air” when it comes to Argentine government.)

The new civil code contains a simpler form of Spanish and is shorter than the former document. It was fused with the commercial code and puts into words certain previously unwritten decisions judges have been taking for years . For example, the new code does not oblige couples to wait three years before filing for divorce — a tenet under the old code that judges hardly ever enforced. (It was finally deemed unconstitutional as it infringed on individuals’ freedom to marry and, moreover, was probably at odds with the UN Convention Against Torture. Just kidding.) However, it does present some radical changes to Argentine law. Let’s take a look at these.

Changes to business relationships brought by the new code

The reform has been highly anticipated and is hoped to help establish some sort of uniformity to the different criteria judges use when interpreting the law. Sometimes, clarity is as valuable as good legislation. However, as always, it will take some time for everyone involved to adapt to the new regulations. This includes lawyers, who will have to go back to school or do some additional homework.

In the meantime, as we said, ambiguous statements ought to be interpreted in a manner that benefits the consumer, so that ordering a panqueque de dulce de leche con bocha de helado (dulce de leche-filled crepe with ice cream on top) should mean getting a whole lot of ice cream instead of a miserly scoop. You see, bocha can mean “loads of” or “scoop” — it’s best to go with the more generous definition.

Stay tuned for our next exciting entry: the legal perspective on family issues. 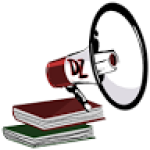