Believe it or not, Argentina is also into the space race, one nanosatellite at a time. Maybe you’ve heard about them. If not, it is time to introduce you to Fresco and Batata, two words that in any restaurant will get you a traditional dessert consisting of cheese and sweet potato paste. But this is a tech story and those are the names of two of the satellites developed by Satellogic, a local startup that wants to create a constellation of 300 of these objects by 2022.

Not all satellites are as big as the Hubble. Some of them, known as “smallsats,” fit perfectly in the palm of your hand. The creation of these devices and its commercial use has recently become a very attractive (and growing) business.

Founded in 2010 by Emiliano Kargieman, Satellogic promises “affordable high-resolution geo-intelligence”, which kind of means “Smile, you’re on camera!” (but it is hundreds of kilometers above your head). The company aims to put these 300 satellites up in the sky, so they can monitor every point on Earth and produce images at a much lower cost than what the space industry often offers.

It’s a matter of comparatives. Of course these satellites aren’t cheap, but to build them you don’t need a massive budget like the NASA. Their low-cost structure, along with the on-satellite processing, has enabled “previously prohibitive space-based applications”, as the company says.

So far, they have launched eight objects, all with peculiar names related to Argentina’s pop culture (or food, like Fresco and Batata). Capitán Beto was the first one in 2013, named after a song by Luis Alberto Spinetta because he died just when Satellogic was developing this prototype. Since then, all these little satellites received the most unusual names. Tita refers to Argentine actress Tita Merello and Manolito was the name of Mafalda’s friend.

The most famous one is probably Milanesat, a word game between “sat” (for satellite, of course) and milanesa, a pillar in the local diet. Last January, Ada and Maryam became the most recent ones to join this group in the sky and their names are also a tribute. British writer and mathematician Ada Lovelace published the first algorithm and Iran’s Maryam Mirzakhani was the first woman who won a Fields medal, considered the Nobel Prize for mathematicians.

So what do they these objects do?

These nanosatellites go from one pole to the other, taking photos of the Earth. They can provide images to businesses in agriculture, mining, and oil and gas companies that need to monitor their pipelines or infrastructure. For example, this imaging can help people to see and understand the situation of a field, measure crop yield, or anticipate any plant disease.

One of the key services these satellite sensors provide is hyperspectral data. Nothing spooky, just a kind of imaging that collects information from across the electromagnetic spectrum. It turns out that some objects leave a signature in this spectrum, a print that can be detected by a sensor.

“The capabilities of our hyperspectral sensors are unparalleled by any other commercial or scientific satellite,” the company says. It is for that reason that they have decided to make those capabilities available to the scientific community for free.

The main goal in all this work -as Federico Jack, VP of Operations, puts it- “is to enable real-time information of what is happening on the planet, like changes on the ground.” In order to do that, they face the technological challenge to give a high quality product but with a much lower budget.

This is not an easy task, of course, especially in Argentina’s business environment. “It is very hard. There is no explicit support. And although there is no competition, it is not the most attractive place for this kind of business,” Jack says. In fact, Satellogic’s nanosatellites are designed in Argentina, but they are produced at the company’s manufacturing facility in Uruguay.

Satellogic has just been included in Fast Company’s 2018 Top 10 Most Innovative Companies in Latin America. It has offices in Buenos Aires, San Francisco, Tel Aviv, Barcelona and Montevideo. So far, the tech startup has raised a Series A round in 2015 and a Series B round in 2017. Both times, the largest investment came from Chinese communications giant Tencent.

Now the company is working towards the launching of six new satellites during 2018. Next year, they hope to launch 60 satellites more. To Satellogic, the sky is not the limit, but the beginning of a world of new applications for the space industry. 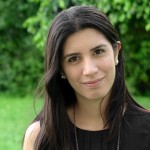