One Month After Santiago Maldonado’s Disappearance

Mariela Belski is the director of Amnesty International Argentina

Santiago Maldonado is missing. Confusing information and false leads haven been planted throughout the month and no one knows anything about him. But… what happened?What should have been done? What do the law and human rights international treaties say?

Let’s start from the beginning. On the morning of August 1st, close to a hundred Border Patrol officers (gendarmerie) violently marched into a piece of land belonging to the Pu Lof Mapuche indigenous community in Resistencia, located in the Cushamen department, in the province of Chubut.

The security forces repressed and evicted members of the community that had set up a roadblock on a local route in defense of what they consider is their territory. Santiago, who does not belong to the community but knew people who belonged to it and empathized with their cause, was with them. The theory is that during that repression process, Santiago disappeared.

Just as the international treaties on human rights that Argentina subscribes to say, this is a case of forced disappearance because the person goes missing during an operation carried out by the government’s security forces and because the information that comes after that includes confusing scenarios and information. These are the three elements that, in accordance to international law, must exist in order to qualify this as such a case.

The first thing that the government did was deny that this was a forced disappearance case and promote an irrelevant debate that did nothing but move the attention away from him. No one was talking about Santiago or his family anymore, but they were discussing whether this was a case of forced disappearance or not. We were presented with the most absurd and ignorant arguments.

As days went by, all sorts of false information was presented, saying that Santiago was in Entre Rios, that he was in Chile, that he had been injured by a man stationed in the Benetton lands, that the family wasn’t being cooperative with the investigation, etc. The government insists that there is no evidence that he was present on the day that the Border Patrol repression took place nor that he was taken by the officers, all this taking place in a judicial investigation that is keeping the case file under secrecy.

The Border Patrol is the main suspect in this and its presence should have been immediately removed from the conflict and investigation zone.

First, because it entered the community’s lands when it had only been authorized to clear the protesters from Route 40. Second, because they engaged in repression once they entered the premises. Instead of relieving the officers that actively participated in the conflict and begin an investigation against them, the government chose to defend them. The judge investigating the case took nine days to raid the detachments that were under suspicion. They were relieved much later and investigators are yet to come across a promising lead.

After more than one month since Santiago’s disappearance, the government has been absolutely incapable of handling this case. The Security Ministry’s actions have been so wrong that the Justice Ministry had to negotiate with his family members and find a coherent exit strategy, such as allowing the intervention of local (Defense Before the Buenos Aires province’s Penal Cassation Court) and international (the United Nation’s High Commissioner) experts to guarantee certain independence and impartiality.

Until today, this commitment has been delayed by observations coming from Argentina’s Foreign Ministry.

The government didn’t react in time. It shower absolute indifference, insensitivity and underestimated the case and its effects. This isn’t surprising. It responds to the denialism that this government has applied to its human rights agenda, along with its civilian, political, economical, social and cultural rights agenda.

A good administration means a lot more than just winning elections and today the Maldonado case is a political crisis that could have been avoided. 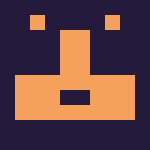