Let’s get something clear right off the bat. Bob Gruen is one of the most important rock and roll photographers of all time. He has worked with rock gods like John Lennon, The Ramones, Led Zeppelin, and Bob Dylan and is now coming to Buenos Aires for his third exhibition in the country. The exhibition is set up in a space at the Centro Metropolitano de Diseño (Algarrobo 1041, Barracas) with a parallel exhibit being held in the city of Cordoba at the 220 Cultura Contemporanea. The work on display in Buenos Aires includes photos of David Bowie, Leonard Cohen, John Lennon and Tina Turner offering a healthy dose of rock history and inspiration.

Bob Gruen was born into a family of lawyers and claims to have had no clue what to do with his life other than taking photos of his friend’s bands. “I learned photography from my mother when I was very young,” explains Gruen. “My parents wanted me to get a job but in the sixties I didn’t want to get a job. It is funny to me now because I meet people who want a career in photography but I didn’t want any career in anything. I wanted to have a good time and live with a rock and roll band.”

In 1968 some of his photos caught the attention of his roommate, record producer Bob Crewe, who was working with his own band The Glitterhouse at that time, doing the soundtrack for the cult sci-fi classic Barbarella. Crewe showed the pictures to the record label and they loved it, so they started to ask for more pictures for different bands.

One night Gruen took some photos of Ike and Tina Turner and a few days later went to another show with a friend. “I have no idea I could ever talk with musicians, especially with big stars. When we were leaving the concert Ike was walking out of his trailer, and my friend saw him and literally pushed me right in front of him. That changed my life. I showed him my pictures and he liked them. He invited me to come to more shows, and about ten months later I made their album cover.” After that, Gruen started to work with tons of bands and artists but wasn’t making enough money to make ends meet: his art was as underrated as the bands that he loved so much, nobody took rock photography seriously in those days, the big money was in advertising, but Bob continued on his own path.

We asked Bob his thoughts on how someone can tell when the perfect time to take a picture is. An especially challenging feat in the age of social media, when bands don’t even get to finish a set before people plaster their images across news feeds and platforms. His response?

Gruen is also doing a series of lectures and a workshop on rock photography this week. If you’re dying to learn more about F-steps and other technical aspects of photography this might not be the place to be, but if you want to listen to a guy who spent nights drinking with the Ramones, Keith Richards and John Lennon, you should grab yourself a seat. 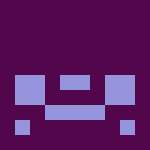