Relatos Salvajes: The Ugly Side of Human Nature

Already making the national record books for mammoth ticket sales during its opening-weekend, dark comedy Relatos Salvajes is bleak, even coming from Damian Szifrón, the man that brought Argentina’s TV-viewers the sharp, witty series Los Simuladores (well worth a watch on You Tube).

The film comprises six humorous but biting mini-stories that reveal humanity at its worst. Money, of course, is at the heart of many of these tales. But Szifrón does not descend into insufferable, self-righteous anti-capitalism, as might have been a danger with an Argentine film that probes deep into the murky depths of contemporary society. Instead, he makes it clear that all of us are victim to the vices that plague the human psyche. “I think that people lead very stressful lives,” Szifrón said at the Cannes Film Festival in May. “You can’t repress your feelings all the time. That takes too much effort. Sometimes, people just explode.”

In this film, no character escapes the piercing gaze of the camera, which leaves Szifrón’s characters stripped of all clothing and awkwardly covering up their private-parts (metaphorically, I should add, before Judge Griesa gets excited).

Aristotle would be nodding in approval as Szifrón revisits and reworks the old classic tales of tragedy and pathos. The two opening stories in the film’s sequential structure are short, but by no means sweet, reminders of the sick and twisted nature of revenge, and warm us up nicely for the psychological gore-fest to come.

And you’ve got to give it to Szifrón: just like many of his manipulative characters, he is one hell of a puppeteer. The unfurling of the events in the episode in which a San Isidro businessman attempts to cover up his hapless son’s involvement in a hit-and-run is seamless, subtle and spectacular, confirming the director’s status as a king of masterful timing. Little by little, the audience and the protagonist simultaneously discover at what point man’s instinctual instincts to protect the nest suddenly evaporate, to be replaced by savage, Darwinian self-conservation.

In another episode, Erica Rivas is marvellous as spunky wife-to-be driven to a rampant, emotional outburst on her wedding day, a nod on Szifrón’s part, perhaps, to the iconic role played by Uma Thurman in Tarantino’s classic revenge series: a feisty killer bride with a big old chip on her shoulder, but with a distinctly porteño flavour.

But while the themes are over-arching, this movie’s mise-en-scene is decidedly Argentine: a business man, played by Argentine heart-throb Leonardo Sbaraglia,

courses through the breath-taking, mountainous landscapes en route from Salta to Capital Federal; daily life in Buenos Aires is captured in minute detail from the busy-body vieja chota down to the eager-to-please kioscero.

Of course, Argentine favourite Ricardo Darín could not be absent from such a crowd-pleasing mega-hit of a movie. Darín plays an over-worked engineer with a marriage on the rocks, whose short fuse is set alight by the infuriating machinations of a car-clamping company in the city center. The spectator cannot help but relate to his struggle with the daily grind.

Relatos Salvajes is a beautifully manicured example of a full-blown (literally, in the case of the Darín episode) LOL-ocaust. You’ll be laughing, but left with a niggling, uncomfortable feeling that comes from the realization that our lives may be just as messy as the characters’. In this film, Szifrón holds up a mirror so that mankind can take a good look at itself. And I hate to break it, but we aren’t looking so good. 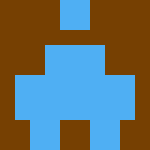