Who Was Behind the AMIA Bombing? Here are Four Popular Theories

Prosecutor Alberto Nisman’s death has captivated the public, giving Argentines an unexpected reason to follow news during usually-dull January. But the case is just an offshoot of the AMIA bombing on July 18th, 1994. This Jewish center (Argentine Israelite Mutual Association, or “Asociación Mutual Israelita Argentina”) was blown up and still nobody knows who did it.

So, what happened back in 1994? These are the four most popular theories, counterarguments and main players.

Before we start, what’s the history of the AMIA case?

What happened with the AMIA’s case has been commonly taken as emblematic of the judicial process in Argentina. Since the investigation started, not only has the case not been solved, but also the judges and prosecutors have been accused of covering up the truth. Juan José Galeano, the first judge on the case, was charged with bribery, destroying evidence, coercing witnesses, illegal wiretaps, and so on.

This is why a Special District Attorney´s unit (in Spanish “Unidad Fiscal AMIA“, or UFI-AMIA) was created on 2005 by former President Néstor Kirchner, to refresh a stale investigation searching for answers (whatever his political interests were beneath this initiative is beyond the scope of this recap).

Now, let’s go to the theories.

At 9:53 am, a white Renault Traffic van loaded with 275 kilograms (606 lb.) of ammonium nitrate exploded in front of AMIA, destroying not only the Jewish institution but also several buildings close to it. Three days before the attack, the van was parked very close to the Medicine Faculty of Universidad de Buenos Aires. The employees of the parking lot testified in the trial that the Traffic had something different on its back, a fact that supports the theory that the explosives were already planted. On July 18th, the van was taken away from the parking lot by the leader of a terrorist cell, and delivered to a suicide bomber.

The main character of this story is Carlos Alberto Telleldín, accused of selling the Traffic. We’ll talk about him in the “local connection” hypothesis below. The main problem with this version is that Argentine and foreign specialists have concluded that the explosives where inside the building.

This theory is quite complicated (we’ll see why in a while) but is somehow the most accepted by media and public opinion: Terrorist group Hezbollah (based in Lebanon) bombed AMIA with support from Iran. The main character in this mess is Ibrahim Hussein Berro, a young activist identified by a witness as the person who blew up the building in the now infamous van. This is why in 2006 Argentina accused the Iranian government of the bombing.

The Iran connection has one problem, though: Hezbollah has never claimed responsibility for the attack. There’s a plaque commemorating the AMIA “immolation” by Berro in southern Lebanon, yes. But the terrorist organization usually proudly admits when they carry out an attack. Since their founding, every time they perform a terrorist strike they communicate it to the press by sending pictures of the place before being bombed as a proof.

In addition, Wikileaks cables have revealed that this version of the story was influenced (and financed) by Israel and United States Government. This is a problem, not only because what’s beneath this is the persistent war of interests between United States and Israel together against the Middle East, but also because this fact disproves the next hypothesis, also known as “the Syrian lead”.

3. Carlos Menem, behind a Syrian facade

The “Syrian lead” is believed to be true by prominent journalists in Argentina like Horacio Verbitsky and Santiago O’ Donnell, or social scientists as Carlos Escudé. As a revenge for an unresolved commercial trade between former president Carlos Menem’s government and Syria, the Middle Eastern country blew up the AMIA building.

According to Wikileaks cables, this hypothesis was thrown out to strengthen the Iranian connection. And the United States and Israel were the main supporters of this move, because Iran was a nice enemy to build up.

How is this theory supported? By a crucial name in the AMIA’s case: Carlos Telleldín. On July 10th, 1994, Alberto Jacinto Kanoore Edul, a Syrian businessman, called him. That’s the same day Telleldín delivered the Renault Traffic van that was found in the debris after the building was bombed.

So how are Menem and Syria connected? First Menem is of Syrian descent. In 1988, he traveled there for “personal reasons”. But according to Oscar Spinoza Melo, the former Argentine ambassador, Menem offered the Syrian president a trade while he was there: cooperation in the field of nuclear energy in exchange for financial support for his presidential campaign. Menem won the 1989 elections, so one side of the deal was met. But the question of the nuclear energy seemed to be forgotten by Menem.

The result? A series of terrorists attacks as political revenge, of wich AMIA was just one.

The other attacks? Connected to the Syrian hypothesis is also the death of Carlos Menem Jr., the former president’s son, who died in a helicopter crash in 1995. Zulema Menem, the President’s ex-wife, said that the incident was a “third terrorist attack” after the Israeli Embassy in 1992 and AMIA in 1994.

Some of those who support this theory also claim that “there’s an old saying, that Arab revenge is taken in three steps, each one closer to the victim”. The death of the President’s son allegedly proves this point.

This idea is simple and it somewhat makes sense: It says that such a terrorist attack could not have been carried out without local assistance.

The main elements involved here are local agents from the Secretariat of Intelligence (former SIDE) the Buenos Aires Province Police and, again, Carlos Telleldín.

Telleldín was in the illegal business of dismantling cars. In 1996, he stated that he sold the van to a group of cops from the BA province police force, who at the same time could have been the connection between international terrorists and Argentina.

Ex SIDE director Hugo Anzorreguy admitted that he bribed Telleldín with US $400.000 in order to blame the dirty cops for the bombing, and that this was done by “decision of [President Carlos Menem]”.

Which theory is the most popular?

The Iranian connection is the most popular, and here’s why: The Memorandum of Understanding signed on 2013 by Foreign Minister Héctor Timerman and the Iranian Government is the actual benchmark. This memo is, in fact, the result of considering that Iran was the responsible party for the bombing all along and that Syria has nothing to do with it.

And because of this, Interpol asked for the capture of eight former Iranian officials to be arrested.

It is, also, the mother of all battles: Those against the Fernández de Kirchner administration say that it is ridiculous to enlist the suspects to be a part of the investigation. Those who support Cristina’s decision to draft the Memorandum say it was the only way to move forward with a case that had stalled for years, since Argentina can’t trial people in absentia and Iran doesn’t extradite it’s own citizens.

All we know so far is that this attack has been mired with cover ups.

In November of 1994, Jorge Lanata wrote the book “Cortinas de Humo”, an independent investigation of the two terrorist attacks. In the prologue, he said that during the first meeting he had with others to discuss the book, they only knew two things: That on March 17th, 1992 and on July 18th, 1994 two bombs had exploded.

Sadly, 20 years later, it’s still the only thing we know. 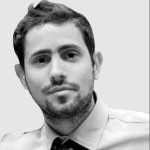