This Sunday night—for the first time since 1982—you will witness the total eclipse of a “supermoon.”

A supermoon occurs when the moon is full (or new) at the same moment it is nearest to Earth during its monthly orbit, thus appearing extra big and bright. (This close pass is called perigee).

A total lunar eclipse, as you probably know, is the moment when moon, Earth and sun align so that the moon is completely within the shadow of the Earth. (This alignment is called syzygy.)

Put them together, and you’ve got a perigee-syzygy event—or one big, red, spooky moon. The red glow is due to a trickle of sunbeams that still manage to reach the moon after being scattered and refracted by Earth’s atmosphere. Beautiful.

And the weather is supposed to clear up! I can’t imagine better conditions for a Sunday-night asado. Think about it!

This “totality” period of 1 hour and 12 minutes marks Sunday’s eclipse as an especially long one. Lucky us!

The slightly less spectacular partial eclipse begins earlier, at 10:07 PM, and ends later, at 1:27 AM.

I’ve been to some pretty hectic parties at the Galileo Galilei Planetarium. No joke.

The forecast for Sunday is “mostly sunny,” so we can hope for a clear view of this celestial curiosity from any rooftop, balcony, or window.

But if you’d like to make an evening of it, the party is at the Planetarium from 10:00 PM on. There’ll be heavy-duty telescopes open to the public, a “giant” projector screen, and music. Bring your own drinks. 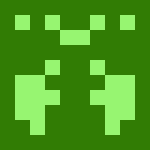