A Pocket of Japan Tucked Away in Buenos Aires

From ramen to dorayakis, take your tastebuds for a trip to Tokyo.

On the whole, out here in Buenos Aires it doesn’t take a lot of research to find restaurants serving cuisine from all parts of the world. Whether you’re wanting a shawarma, develop a sudden craving for dim sum, or fancy a petit croissant in the morning, there is an ever-increasing number of places which can give you just that fix.

So when I decided all I needed in my life was a big bowl of steaming ramen, oozing with noodles and steeped in authentic Japanese flavors (admittedly, it was quite a specific craving), I decided to take some foodie friends’ advice and visit Nueva Casa Japonesa.

Upon arriving, it was immediately clear that this place was going to be the real deal. Until you walk through the door, there isn’t much evidence that the place actually exists from the outside. The entrance is unassuming and there aren’t any signs on the side of the building, but as soon as you cross the threshold the buzz of eager customers and wafts of ramen-y aromas that welcome you are all the confirmation you need.

On the inside, don’t be surprised to find a long queue of people hungrily waiting for their names to be called out over the loudspeaker, announcing that it’s time to go upstairs to the restaurant and dine. Make sure you actually go upstairs and put your name on the waiting list to avoid being caught in a line of which you’re not even a part (or better yet, reserve in advance). If you do have have some time to kill while you wait, don’t be put off, because one of the best features of the Nueva Casa Japonesa experience – and what a fun experience it is – is undoubtedly the Japanese and Asian supermarket on the ground floor of the building.

This market is the one-stop shop for any and all food products imported from Japan and, since Nueva Casa Japonesa has direct access to the biggest supplier of Japanese imports in Argentina, the produce is reasonably priced and boasts 100 percent authenticity. What better opportunity to explore the curiosidades of Japanese cuisine, stock up on some colorful and quirky snacks that you can’t pronounce or even some freshly-made mochi? All in all, this was one of the most enjoyable waits for food that I’ve had and was even enough to dispel my usually-voracious pre-meal #hangry outbursts .

Anyway, back to the main event. Once your name has been called, you head up to the restaurant, are seated and immediately met with an extensive menu. The atmosphere is fast-paced and full of energy. The chefs are nearly all of Japanese descent; they try to maintain absolute authenticity in the cooking and presentation of the meals. The menu makes it clear that the star of the show is the ramen, of which there are numerous varieties to try, and each meal comes with a sushi side which varies with the dish. There were plenty of other warm dishes too, which all looked and smelled delicious, but I knew what I had come for.

I opted for the Tonkotsu Ramen, which much to my delight came out pretty speedily and in a bowl far larger than I had imagined. The ramen was beautifully presented and decidedly Instagram-worthy (it would be rude not to), loaded with slices of tender pork belly, an abundance of noodles, colorful vegetable toppings (including delicious picked ginger), and a perfectly soft-boiled egg. The broth was pork-based and lusciously rich, immersing every component of the dish in its depth of flavor without being too overwhelming.

The ramen was a perfect balance of sweet, salt, and soy and all for a reasonable AR $380, considering both the quality and quantity of the meal and the overall experience.  It was definitely the foodie equivalent to a day trip at an amusement park. But maybe I’m just weird.

All in all, the trip was more than successful, and left me nursing a food baby – very contentedly – for the rest of the day.  I suggest you head to Nueva Casa Japonesa immediately for a #ramentic adventure (excuse the terrible pun) that you won’t forget anytime soon. 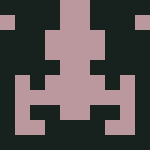