The clip begins with what can only be described as a taser-wielding psychopath berating the camera in threatening Portuguese. The terrifying monologue accuses the Pope of granting San Lorenzo “divine power” in last year’s famous Copa Libertadores triumph and even goes off on a bizarre tangent whilst claiming Argentines invented doping in sports.

Looks like the dark forces had their way as San Lorenzo slumped to a 1-0 defeat last night and continued their poor start in their efforts to retain the Copa Libertadores. 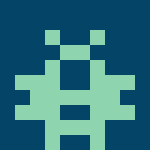