After seemingly avoiding a direct involvement for quite some time, Pope Francis has called for the “avoidance or suspension” of the Constitutional Assembly that is underway in Venezuela and is being spearheaded by president Nicolás Maduro in what many government leaders agree is a move towards a dictatorship.

The official statement released by the Vatican denounces the Constitutional Assembly for fostering what it calls “a climate of tension and shock, mortgaging the future” instead of promoting “reconciliation and peace,” which Maduro claims is the true purpose of the Assembly. The Pope also “calls on all political actors, and the Government in particular, to ensure full respect for human rights and fundamental freedoms and the existing Constitution.” (You can read the full statement here.)

Venezuelan political leaders in the opposition claim that the Assembly will only help Maduro gain absolute power. Most of its members are largely aligned with him and the new created body is expected to hold more power than the National Assembly, Venezuela’s parliament and a balancing force to Maduro (two-thirds of its body comprises members of the opposition).

Many members of the Venezuelan political opposition as well as Venezuela’s bishops, believe that Pope Francis should have denounced the Constituent Assembly sooner.

Though the Vatican holds no official power in the Venezuelan government, their voice is pivotal in the Catholic world — an earlier statement calling for the Maduro regime to respect human rights would have further consolidated the international condemnation his administration already faces. Following the controversial (and allegedly fraudulent) election, the Argentine government refused to recognize the results, and the US government hit Maduro with financial sanctions. The Venezuelan Constituent Assembly has also been denounced by  various other Latin American countries, Mercosur, and the European Union.

The deep tension between parties resulted in at least ten deaths on Sunday, as reported by the international media. 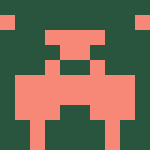