Welcome to Versus, a bi-weekly section featuring two opposing opinions on the same matter. Since we know for a fact that you only read those articles that you know beforehand you are going to agree with, we have decided to spare you the trouble of sorting through massive amounts of information to find someone who shares your ideology, therefore validating your opinion and letting you sleep at night. Consider it an adult version of Choose Your Own Adventure. One in which no matter what you do, you always die in the end. Enjoy.

Clearly, Cristina Fernández de Kirchner finds father Bergoglio’s new ensemble way sexier than the cardinals’ capelo. While he held his previous position she used to dislike him, you see, but once she saw him oh-so-pretty-in-white, a u-turn came along.

She told her minions to fuck off, quit tweeting ill stuff about the brand-new pope, turn that Pakapaka crap off on channel 7, avoid any comment linking him with the dictatorship, call the dossier stunt off and lastly refer to him as el papa peronista, you idiots. Then, Cristina packed her hatbox and rushed to the Vatican, after a prudent stopover in Morocco to leave Tango 01 safe (Ha! In your face vulture funds!)

The president brought the big guns with her all the way from Olivos: fresh botox, heavier than ever make-up, an original, unexpected gift for the pope and a modest, virtuous and naive countenance. When she met Francis played hard to get at first by bringing the Malvinas up (Catholics and Argentines in general don’t appreciate a floozy, they enjoy the thrill of the chase! Nothing outdoes an histérica!)

After a thorough tutorial revealing the fascinating mysteries of mate’s ritual to a countryman, we all expected them to drink some, as an Argentine version of the pipe of peace, but that moronic intern forgot to pack the yerba and while hot water might be easily obtained in the Vatican, they don’t sell mate’s key ingredient at every corner. In case you were wondering I am pretty sure the intern who blundered got sacked, unless he/she was appointed by La Cámpora.

Since the fake clumsiness, coquettish looks and shy demeanor didn’t seem to work, (leaders of the Catholic Church these days don’t openly chat middle-aged merry widows up while media’s attention world-wide is focusing on them), Cris felt it was time to take things to the next level. So she went ahead and squeezed his arm. Then she violently blushed and muttered “I don’t know if I am allowed to touch you”.Pope Francis’ reply was a kiss on her cheek (he is tano and porteño after all) which led to more blushing, panting and her flirtatious remark about never been kissed by a pope before. A different loss of virginity right there. At last, he gave her a rose. Yes, it was a white rose, not a red one, but that’s quite a start you ought to give her that! He got her flowers or at least one flower! Her girl friends, if she had any, would tell her: “he’s totally into you!”

For Cristina, the aftermath was all positive. The Cepal documents? Of course there wasn’t any kind of innuendo going on. Dearest Jorgito, he just thought they’d make an interesting reading during the long flight back, although poverty in the region is kind of a snooze fest. These Jesuits read dull, dusty books and documents all the time; don’t you remember The name of the Rose? What? It was a Franciscan friar at a Benedictine monastery? Who cares? They are all the same! And she’d much rather reading notes about the designers’ little black dresses this season has to offer in Milan instead, they are much more amusing and they come with drawings. That close-up of hers the very same instant the pope was stating that “hatred, envy and pride defile our lives”? That cameraman was a cunt, it does not reflect international perception (female presidents and first ladies only hates her because they are jealous), it didn’t mean anything and above all, she looked hot.

So Cristina was exultant after dazzling them all with her manners, her youth, her flaunt wardrobe and accessories, her beauty and even her tears. She’s always been the prettiest of the Kirchner clan, you know, that’s a fact. She’s used to a certain degree of deference within the family circle and, as the best looking individual, she certainly deserves it. And now she tasted a different kind of glory: not even the pope could resist her charms. Another journey, another conquest.

Why didn’t Néstor like father Bergoglio? She cannot remember. And quite frankly who cares, anyway, Semana Santa is coming and she has to put together a sumptuous yet pious outfit to attend mass and pray for the less fortunate. Amen.

Conjure up a slogan. Accuse. Vilify. Seek attention. Divide people into well-established groups. Incite anger. Turn up the heat. Incite more anger. Exhaust attention spans. Then finally, rinse and repeat as the news cycle dictates. This process is so tried-and-true here in Argentina – second nature to advocate groups from all corners. Frequently I ponder whether this behavior is even conscious. Do they even see this as a strategy, one chosen over others? I can’t be sure. What I am sure of, no one is interested in the debate, only the theatre. How do I know this? No one has defined ‘colaboración‘.

Quite obviously, I’m a 2nd language Spanish-speaker. Luckily for me, linguistic history gifted me with ‘friendly words’: words that appear almost the same, are pronounced almost the same and share similar historic roots with Spanish counterparts. ‘Colaboración‘ fits under this umbrella. However, I must be eternally vigilant. Words like this can slide into the English ‘sister’ definition most of the time, but care must be taken: occasionally, they prove unreliable as descriptors in seemingly comparable situation. So when I see the word ‘colaboración‘ used in a serious context, I pause and think: ‘Does this mean exactly what it appears to mean?’. When reading headlines or statements, semantics consideration is an instinctive response. Especially in this case. The accusation of ties with a monstrous organisation like the dictatorship must be well-aimed, accurately documented and most importantly, provable under a generally accepted definition.

Let’s take a closer look at the specific accusation leveled against Bergoglio. Two Jesuit priests, Francisco Jalics and Orland Yorio, both who served under Bergoglio were captured by navy troops and tortured for 5 months. Both were suspected by the junta of having involvement in left-wing political movements. What isn’t clear was the decision-making process in this particular case. Why were these men under the junta’s magnifying glass in the first place?

Argentina never had a well-organised intelligence community, nor any broad oversight with regard to strategy or conduct. The junta overcame these deficiencies by giving operational autonomy to its secret police groups. This was not a traditional chain-of-command, there were no checks and balances. The junta was, out of a perverse necessity, operated not as a homogeneous unit, but as a collection of independent contractors who’s incentive structures had a closer resemblance to a quota system. This did not encourage tactical intelligence gathering. The more abductions and tortures you were committing, the more work you were seen doing by your superiors. Just don’t forget to send a memo, no documentation or authorization necessary.

Given this dynamic within the junta, it’s not surprising that an unconscionable number of Argentines were tortured and killed – they made these decisions with little evidence and often on a whim. Investigations would follow random patterns – based on bad tip-offs, flimsy information, a ‘headless chicken’ method of investigation – a context that can’t be forgotten when examining track records. He was a mid-level Catholic leader during a time when a left-wing terrorist organisation, the Montoneros — self-identified Catholics — were engaging in anarchist killings of political and authority figures.

The investigations were as desperate as they were chaotic, targeting young Catholics with sympathies to left-wing causes. The Jesuits, a religious order within the Catholic church, are made up of younger priests who engage in more grassroots activities like education and assisting the poor. It’s little wonder they were under the radar; young, more revolutionary-minded Catholics who worked at distance from the traditional church hierarchy. If you’re operating under a quasi-quota system, this is where you achieve those targets.

My reasoning for Bergoglio’s innocence is this: given the absence of methodical intelligence gathering, it’s unlikely the junta would ever had felt that they could trust him. But the appearance of at least some collaboration was required, otherwise it could appear like a religious witch hunt – after all, Videla was Catholic. So Bergoglio gave a vague statement and the secret police didn’t hear an emphatic denial of radical links. Good enough for Bergoglio to blend in and plenty enough to be used as a lead for a state-sanctioned kidnapping.

Finally, we reach the core of the problem: What does it mean to be an ‘accomplice’? Just what is ‘collaboration’? Where is the line between providing cover and selling out? If Bergoglio was asked whether two subordinate Jesuits were leftists, what response was he to give? How is he to even know? My best guess is he told the truth, believing they were not involved in radical left-wing politics, but regardless he couldn’t say for sure. Under the shoot-first-ask-questions-later approach of the junta’s secret police, who is to say exactly what the trigger-point was? What qualifies as an collaboration? Honest answers? How far must have Bergoglio stuck his neck out to absolve him?

These are hard questions with complicated answers. To debate them is a journey down a long, dark and windy path, where often steps must be retraced when dead-ends are reached. It’s unavoidable that the abyss gazes back at you, as Nietzsche would say. But the failing to define concrete terms, to instead choose the path more traveled – that of mindless rhetoric, predictable posturing and stagnant thought – satisfies no one. Whether Pope Francis meets some criteria for ‘collaborator’ or ‘accomplice’ is a debate that should be had. But what we have now isn’t a debate, it’s an exercise in branding; so empty, so shallow, and ensures that Argentines will continue living with the ghosts of an unresolved past, circling around them during every single Papal broadcast. 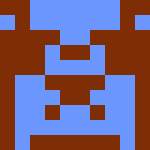