In Photos: The Passion of Subte Musicians in Buenos Aires

A look at some of the characters that make a living playing in the undergound.

It takes a special kind of person to play an instrument in the Buenos Aires Subte. It’s not just about the talent which, by the way, overflows from the platforms and trains to the tune of dozens of diverse music rhythms every day. It’s about stamina and grit. It’s about stumbling into those who value the musical escape you can offer them in return for some change, but it’s also about dealing with the many who will ignore you to focus on their commutes.

A parent needing to make money to help his family, an immigrant struggling to make ends meet elsewhere, an up-and-coming musician that can’t quite catch a break on the surface. The backstories for how this underground bunch ended up working down there are all over the place. But once they play their instruments, though, passion seems to take over, and problems seem to be put on the back burner… At least for the duration of a song or two.

All photos by Mahalia Smith | Text by Pedro Camacho 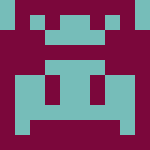