Photo Essay: An Intimate Portrait of a Venezuelan Immigrant

All photos were taken by Lautaro Sourigues. You can see more of his work on Instagram.

Yhon is 28 years old, and originally from Venezuela. He lives with his girlfriend, Ana, in a pension in the neighborhood of Balvanera. He left Caracas in December 2016 and is one of thousands of Venezuelans who fled what many consider to be, at this point, a humanitarian crisis. A process that started in 2015 and had a peak in 2017, the Venezuelan exodus has become one of the biggest migration crises in Latin American history.

Even though he is a bartender by trade, Yhon currently does a little bit of everything at La Perinola, a bar de tapas in Palermo. He says his life has improved considerably since he’s arrived in Buenos Aires, but that the hardest part about having to start from scratch is making new friends and building relationships. However, that doesn’t keep him from radiating an attitude of gratefulness towards everything that he’s had to go through. It is no small feat, but he’s certainly good at it.

This is a day in Yhon’s life. 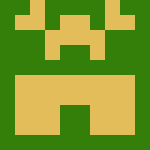