Peru: The Shining Path Strike Back

The Peruvian Shining Path guerrillas haven’t been in the news recently, which has prompted many to believe that they are gone. Well, if you’re one of those people, you’re wrong.

This past month the militants launched numerous sneak attacks on the Peruvian military and police outside the city of Ayacucho, a city located in the southwest of the country.

For those of you too young to remember, the Shining Path is a Marxist Communist Group that has waged a bloody insurgency against every Peruvian government since 1980. Although thought to be on the downswing since 2006 when their founder/leader Abimael Guzmán was sentenced to life imprisonment, a recent surge in attacks has proven that the old “out of sight, out of mind” adage doesn’t really apply to these revolutionaries.

The Shining Path originally took up violent struggle in hopes of overthrowing Peru’s first democratically elected government in over a decade and replacing it with a communist one led by Guzmán. Yet today, their war has lasted more than three decades and become arguably one of Latin America’s longest, bloodiest, and most forgotten conflicts.

What differentiates the Shining Path’s armed struggle from other Marxist movements in Latin America is that it still continues today with no sign of winding down. While the Sandinistas overthrew the government in Nicaragua in 70’s, the mutually exhausted rebels and government in El Salvador called it quits in the 90’s and the FARC traded insurgency for kidnapping and the much more lucrative cocaine trade in Colombia, the Shining Path didn’t seem to get the memo that violent revolution is going out of style in Latin America.

On October 4th, 2014 two Peruvian policemen were killed and nearly eight others were injured during an ambush by the Guerrillas in the city of Ayacucho. A few weeks later an attack on a temporary military base on the outskirts of the city left a soldier dead and numerous others wounded in the most recent attack in a mounting surge of violence by the Shining Path in the past months. So while the Peruvian government continues to issue press statements holding that the group is on the ropes and nearing a total defeat, the events of late prove these statements are somewhat detached from reality.

Perhaps this is because the Shining Path stronghold is located way out in the sticks.

The remote central and western highland regions of Peru is a no-go zone for many journalists, government officials, and the country’s armed forces which makes covering the group’s activities accurately (or at all) a real pain in the butt.

Unfortunately, this has meant that the indigenous Quechua population who lives in the highland regions have been caught in a crappy situation, receiving the brunt of human rights atrocities by the Shining Path who serve as the de facto rulers of the area and also by the Peruvian government who often view the indigenous people as colluding with the guerillas.

To make matters more complicated, the Shining Path of the 21st century has also struck back in nefarious and savvy ways. Today, the group counts only 5,000 members (down from 40,000 at its peak) but is no longer solely a hit and run revolutionary force. The movement over the past decade has become less a Che Guevara-esque Marxist force and splintered into a Mafioso-styled web of political, criminal and terrorist interests. For instance, a recent Shining Path tactical manual obtained by the Peruvian news network Panaroma reveals intentions by the group to extort or murder lawyers and judges working on Shining Path cases.

One faction of the Shining Path called MOVADEF (The Movement for Amnesty and Fundamental Rights) claims to be pushing for agrarian rights, amnesty for communist fighters during the war against Peru’s Fujimori dictatorship, and a peace treaty with the current Peruvian government. Yet, other factions of the Shining Path are known to be controlling a lion’s share of Peru’s cocaine production and have been linked in drug smuggling and kidnapping-for-ransom ventures with Colombia’s FARC rebel group.

As a result, the US, Canada, the European Union, and many Latin American countries currently list the Shining Path as a terrorist organization. Although the sentencing of the group’s leader Abimael Guzman in 2006 (he was given life imprisonment on murder and kidnapping charges), marked the decline of the Shining Path’s military activity for nearly a decade, the recent upswing in terrorist acts and guerrilla-style ambushes show that throwing in the towel is not on the group’s dance card.

Instead, like a first installment of a movie that ended on a cliffhanger, the attacks show we could be witnessing the beginning of a sequel. 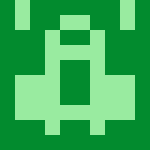