Outrage! Massa and Insaurralde Seen Together at Social Event

Many were shocked last Saturday after former political rivals Sergio Massa and Martín Insaurralde were seen chatting casually with each other at a social event in Tigre. Massa, from the Frente Renovador, is the new rising star of Peronism and the candidate that managed to send Kirchnerite Martín Insaurralde to an embarrassing second place last October when the midterm elections took place. Since this clearly means they hate each other, why are they so happily sitting together? Is it an Illuminati conspiracy?

On Saturday, Argentina’s sweethearts Martín Insaurralde and his actress/model girlfriend Jésica Cirio were seen chatting with Sergio Massa and his wife, the feisty Malena Galmarini. The quartet ran into each other at a CARAS Magazine Fashion Show in the Museo de Arte de Tigre. They amicably chatted for about fifteen minutes and even sat together during the said show. A civilized thing to do on the 21st century, me thinks.

But the “casual” encounter caused general stupor amongst voters, and for more than one reason.

Sure, Insaurralde  lost to Massa, a former Kirchnerite and current mayor of Tigre, by more than 10 points, so seeing them smiling to each other, champagne glass in hand, while their women exchange recipes is unexpected. But last Sunday was also Peronist Militant Appreciating Day (seriously, it’s a thing,) and Insaurralde – or “lover boy” as I like to call him – missed the main celebrations at Parque Lezama, which pissed off his fellow Frente para la Victoria buddies even more.

He’s been so naughty lately! Soon many will start drawing a comparison between poor Jésica and Yoko Ono.

Jorge Rial, gossip journalist and (in my opinion) despicable human being (he recently interviewed Cristina Fernández de Kirchner and traded insults anti-Kirchnerite crusader Jorge Lanata) was the one who dropped the bomb via Twitter that very Saturday:

“CAPRILES AND CAPRILES NEVER AGAIN. US MILITANTS DO NOT DESERVE THIS PHOTO.”

(By the way, all his tweets are usually in ALL CAPS.)

The truth is, at the show, they all looked comfortable with each other. Cirio was PDAing as she usually does, looking all adorable and clingy. She is so into him. <3.

And the Massas sitting next to them managed to keep a straight face. Love them too. <3

The whole situation was perceived by some in the political world sectors as Insaurralde trying to send a message to the Kirchnerite party, since it seems things haven’t been great between them after the elections.

Both sides tried to play down the unexpected summit, but if history is any indication, this is clearly a message. Nothing is left to change or coincidence in the world of Argentine politics. So flirtation between Massa’s Frente Renovador party and members of the Victory Front should not come as a surprise. When it comes to politics here, frenemies may embrace a full blown bromance in the blink of an eye. 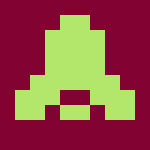 Argentina’s most unique museum takes on a painful subject.

Alta Paja uses poetry to question what we decide to show and how we choose to do it. The result? a breathtaking poetry slam.

One man’s personal experience on racism in Argentina and Latin America.