‘Operación Nocturna’: The Trelew Tragedy Reimagined for the Stage

When we imagine shows in Buenos Aires, we usually don’t think of a little theater tucked behind a working café, putting on a scarcely-known, very political play steeped in Argentine history and demanding some real mental effort. But this is exactly what I found in the back of El Camarín de las Musas.

Walking into what appears to be no more than a quiet coffeeshop in Palermo Soho, I can’t say I expected Operación Nocturna to be more than a stage propped up at the back of the room for a couple of monologues. Minimal set, maybe a sound guy with a couple of songs; nothing demanding too much from the actors, the space or my tired, English brain. Oh but, how mistaken I was…

From the moment you walk into the space and see counters littered with pamphlets advertising the multitude of shows, it becomes clear that this is more than just a café hiring out some seats to make a few extra pesos.

As the theater doors open, don’t be surprised to see the regulars immediately dart into a neat line, and I mean rápido. As they well know, the few rows of seats are unassigned, so make sure to linger near the entrance to guarantee you get the best spot in the house. If you do end up dawdling at the back of the queue, you can always make the most of the beers and other café delicacies on offer and keep your fingers crossed about the seat thing.

Entering the world of Operación Nocturna is quite an experience: eerie music plays, low lighting seeps in from behind the curtains, and a cast in wild, mismatched costumes awaits their eager audience onstage. The theater itself is at once spacious and intimate: the stage is bigger than the seating area, giving the actors plenty of room to do their thing, limiting the size of the audience and placing the focus on what you’re watching.

Our proximity to the actors did lead to a minor panic that we might be in for some audience participation, which neither my Spanish nor my pride could have handled, but it turned out to be a false alarm (wiping sweat from my brow just thinking about it). Settled into my spot for the evening, the lights went down and the actors’ torches lit up.

Operación Nocturna is a play within a play; a group of modern prison inmates recreate the events preceding the 1972 massacre of political activists at Trelew, a city in the Chubut province in Patagonia. In this chapter of Argentine history, a strict military regime had resulted in the capture and imprisonment of a number of Peronist and leftist activists. In August 1972, they made a valiant escape attempt which turned out to be largely unsuccessful, but still triggered government retaliation: a senseless mass execution.

It is this escape attempt which inspires the onstage action. The characters (in the play within the play – stay with me here) are also performing an operation by night. Their objective? Get the “información,” no matter what. Rather than conducting an entirely physical escape, knowledge is their key to freedom. This is the premise of the inmates’ piece, and as the night unfolds you discover more and more of just what these characters are hiding – or forgetting.

As an audience member, be prepared for some serious waiting in anticipación for the “información” by way of some non-linear, painfully repetitive sequences. Dressed in unabashedly outlandish and utterly ridiculous costumes (we’re talking pirates, clowns, and doctors), the characters bring a fresh fury and determination to their tale as they turn these political activists into martyrs, right before our eyes.

This dark moment in Argentine history motivated playwright Pompeyo Audivert to reflect on the suffering of these political groups. An accomplished porteño writer, director, and actor with a number of historical plays under his belt, Audivert is no stranger to this type of intense, retrospective theater. Rather than simply regurgitating history, his writing and direction focus on the mental and physical impact the events have on the characters: tears are drawn onto faces, movements are exaggerated, and shrieks of pain pierce the room. This encouragement to actively reflect on the effects rather than simply reliving the disturbing events is what sets his work apart from other historical pieces; and saves us from a truly miserable night out.

A play examining this lead up to one of the most hideous slaughters in modern Argentine history could easily give way to a melancholic night of doom, gloom and regret (yikes). But that’s not what this play offers. From the loud yet mysterious beeping of a heart monitor to the clown’s absurd and hilariously unintelligible monologues, this reimagining makes you think rather than just cry. Grotesque, disfigured masks and onstage deaths may make you squirm and sympathize, however this piece offers some truly profound moments of reflection alongside unapologetic comic relief.

I left the theater with a whole host of questions about Argentine history and the politics of the 70s. For just AR $300 (AR $150 if you’re under 30!), this piece provides some serious fun, mystery and food for thought. Yummy. My brain was worked hard, filled up and left happy: exactly what  the best kind of theater is supposed to do. 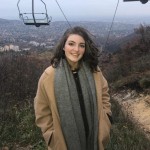