Forget your Caribbean getaway: it’s cheaper to go to Brazil, these days.

There are many financial reasons why experts are saying it is a great time for Argentine tourists or peso-earning expats to trek out to Brazil: the decline of petrol prices and the corruption that taints the PetroBras name being a few. Not to be completely sadistic but, what’s bad for Brazil is turning out to be very good for us. We’ll try not to rejoice over our neighbor’s sorrows, but we may just pack a bikini and hop on a North-bound bus.

No joke: according to Marcelo Grether, commercial director of the Avantrip travel agency, flights to Río are clocking in at AR$ 2500. “That’s cheaper than going to Córdoba,” he said.

An OH! Panel survey published by Mercado Libre reports that during the period from 2011 to 2014, up to 84 percent of Argentines preferred to travel strictly within the nation. However, the National Institute of Statistics and Census of Argentina (INDEC) reported that 602,000 Argentines went abroad in July. That’s 24.3 percent more than last year.

“People are buying more tickets.. There is a change in Argentines’ habits, who have recently started valuing the idea of traveling abroad more,”

Brazil currently seems to be the new vacation destination after Chile took the lead during the Copa América.

With Spring upon us, think about switching your Summer up a bit to include a Copacabana New Year’s. 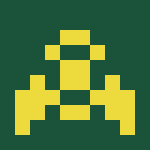