As the frenzy over the arrival of low-cost flights to Argentina continues, Norwegian Airlines announced yesterday that they will be offering a round flight from Buenos Aires to London at a special starting price of US $400 during its initial period in the country. According to La Nación, this would only happen towards the end of the year, so don’t go packing those bags just yet.

However, the airline still has to fulfill some legal requirements before being able to start its operations: it has to partake in a public hearing in April — where it will have to publicly explain its commercial plans — and then begin a process to get the government to grant it the air routes it applied for.

The first step designed to encourage competitiveness in the aviation market was taken at the end of December, when five companies presented their plans to the government. The result was that Andes Lineas Aéreas, American Jet and Alas del Sur were granted authorization. Flybondi still has to jump through certain administrative hoops, as does Avianca, the airline mired by controversy for taking over MacAir — the airline formerly belonging to the President Mauricio Macri’s family.

A source from the Ministry of Tourism, in conversation with La Nación, spoke of Norwegian Airline’s enthusiasm regarding the aviation market “It could open a myriad of possibilities.”

Tourism authorities are particularly excited about potential for better flight connections with the United States. Not only because it will offer cheap options to travel to the northern neighbor, but also because the airline offers cheap flights from there to other destinations in Europe.

Norwegian Airlines was founded in Europe in 1993 and today has 130 planes. It was the first low-cost airline to offer cheap long-haul flights, revolutionizing the market with flights from €325 from London to New York. Flights are also offered at a similar price from London to San Francisco, Los Angeles, Las Vegas, Boston, Asia, and the Caribbean.

In Argentina, plans are already in the works. More than six Boeing 737-800 and Boeing 737 MAX8 planes already have Argentine registration plates. The flights should begin at the end of this year, but as previously mentioned, nothing has been officially confirmed and it is not certain whether the promotion will last for a long time.

Yesterday, Tourism Minister Gustavo Santos also announced that Ethiopian Airlines will begin to operate in Argentina in the second semester, via Sao Paolo, in Brazil. The ministry is also trying to tempt Israeli airline El Al and South African Airways to follow suit. 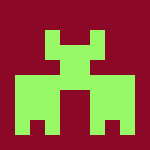