The proposed IDB buildint uniting the Villa 31 with Recoleta.
Share

In the architectural renderings, pedestrians stroll under purple jacarandas and parents tug their kids back onto the sidewalk of the bridge that’s also a park that’s also a headquarters. From a different perspective, this time inside the building, a generic corporate bro stands at the panoramic windows which overlook two very different versions of Buenos Aires: to the north, the haphazard sprawl of Villa 31; to the south, the glossy high-rises of Recoleta.

These renderings show the projections for the new headquarters of the Inter-American Development Bank (IDB), a building that spans the railroad tracks separating Villa 31 and Recoleta, creating a bridge with a park on top.

Plans for the headquarters were announced in accordance with the G-20 meeting of Finance and Central Bank Deputies in Buenos Aires. Yet within the Villa, community organizations which have fought for years to achieve more participation in city policy, especially when it affects the Villa, claim they were disregarded throughout the urbanization discussions and were given no say in the planning of the IDB headquarters.

The new Buenos Aires headquarters of the IDB will be the company’s largest in Latin America and the second largest in the world. The IDB employs over 2000 people, and with the construction of the new headquarters, nearly 200 of these employees will work in Buenos Aires, according to an IDB press release. The building will consist of 3,800 (completely sustainable) square meters of offices and a roof with a High Line-esque park, which will add enough weight to the building so that employees won’t feel vibrations from the trains running below. The bridge crosses from the Villa to Parque Thays, the Convention Center and the Facultad de Derecho Station on the H subway line, and the IDB claims that the bridge will save around an hour of travel time for those commuting between Recoleta and the Villa. The construction of the building will also be a boon to the local economy, adding 1000 jobs over the course of the two-year construction.

The Buenos Aires government has tried to paint this as the restoration of international trust in the Argentinian economy and political system under the presidency of Mauricio Macri – ignoring these rough past few months.

“This new building is a symbol of the support and confidence that the IDB and other international organizations are having in our country, as well as generating new jobs and better futures for all the residents,” said Buenos Aires Mayor Horacio Rodriguez Larreta in a press statement.

These sentiments are echoed by the IDB, which credited the transformation to Macri and pledged to make Argentina a principal client, saying it will continue to lend to the country, regardless of political or economic fluctuations. The IDB and Buenos Aires government simultaneously guarantee that the new headquarters will urbanize and develop Villa 31.

This is addressed, in part, by hiring Aravena, a Pritzker Prize-winning architect who is recognized for his buildings that confront social inequity while also looking like weird boxes. In 2014, Aravena did a TED Talk, emphasizing how his architectural philosophy involves bringing the community into the process and learning from settlements like “favelas and slums.”

Representatives from the IDB were unavailable for comment because they were on vacation. However, community organizations in the Villa say they were never consulted about the plans for the new headquarters.

The urbanization project for Villa 31 has been a thorn in the side of government officials. For years, the government has been planning new infrastructure for roads, parks, water and electrical systems within the Villa – as reported La Nación in 2016 – as well as moving the Buenos Aires Ministry of Education there and creating an new educational complex. The Bubble reported on a gastronomic market set to open next year in the Villa – residents will get the privilege of voting on the market’s name.

The residents of the Villa, on the other hand, say that they’ve been underrepresented and ignored throughout the urbanization process.

Villa 31 was informally founded during the wave of immigration to Argentina in 1930, when settlers were attracted by the advantageous location near the port and the train station. According to the 2009 Buenos Aires Census, 26,403 residents lived in Villa 31, and since then, the number has likely doubled. The survey found that the density of inhabitants in the villa was over 85,000 per square kilometer, as opposed to the citywide rate of around 15,000.

Many houses in the Villa have no running water or electricity. On rainy days, the unpaved streets in the Villa turn to mud, rutted with deep tracks from cars and bicycles. And because of the poor infrastructure, residents often can’t access services they desperately need.

A few months ago, a fire broke out in the villa. Fire trucks, impeded by construction around the principal entrances of the Villa and the muddied roads, arrived too late to save life of a 90-year-old woman who couldn’t escape from her home to save herself from the flames.

Residents of the Villa are incensed, especially because they have worked for years to ensure more participation in the city government’s decisions that affect the Villa and the urbanization process.

In 2005, Hector Guanco, a Villa resident originally from Jujuy, Argentina, created the Participative and Rotating Urbanization Committee (Mesa de Urbanización Participativa y Rotativa), a political community organization that strives to include the community’s voice in the urbanization process. Key to this is Law 3343, a legislation spearheaded by the Committee instituted in 2009. The law lays out the boundaries of the Villa, requires a public census, establishes representatives from the Villa in city government organizations and guarantees that voices from the Villa will be heard in regards to all infrastructure and urbanization projects.

“We are outraged by the announcement of the bridge,” said Guanco. “We feel outraged because as the law says, these properties were exclusively for Villa 31.”

Since 2016, the Buenos Aires’ Secretary of Social and Urban Integration has been drafting an alternative proposal to Law 3343. The new plan outlines payments that the Villa’s inhabitants must make throughout the urbanization process, the delineation of the Villa, infrastructure projects and social services.

We reached out to the Secretary, but their spokesperson referred us to the IDB.

For the Committee, this was just another “governmental method of unilaterally advancing without consulting the neighborhood,” according to a document the Committee released in response to the city’s proposal. The document outlines where the plan falls short, areas where definitions are unclear and the lack of responsibility put on the authorities to establish policies of communication and transparency with the Villa’s residents.

According to members of the Committee, the government held meetings in the Villa about the proposal, but didn’t announce them adequately, and they were sparsely attended. The government continued working in closed-door and limited-attendance meetings, which Guanco only accessed by banging down the door and citing Law 3343.

The proposal sparked protests from the Villa – residents blocked the Retiro bus station and flooded the streets to express their outrage and the years of pent-up frustration and distrust of the Secretary of Social and Urban Integration.

Earlier this month, the city’s legislature voted to approve the bill to develop Villa 31. A final vote will follow after a public hearing. One provision of the bill allows the IDB to have free use on the property where it will build the new headquarters.

“It did not have the consent of the [Villa],” said Facundo Peralta, from the Committee. “And the city government still sent the bill to the legislature.”

Peralta says that the Committee has not met with the IDB or the government about the headquarters. 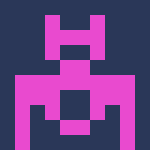