According to Ipsos, 81 percent of Argentines think immigration is bad for the economy. Darker-skinned people are often called boliviano or paraguayo as a slur, regardless of where they’re actually from. In general, immigrants from neighboring countries tend to be unwanted or mistreated in Argentina. The fact that they enter the country easily (and get free benefits) bothers many people even more. Mix all this together, and you don’t always get very nice behavior – to say the least.

What’s behind all this? Are things getting worse? What’s the racial vibe like here in BA? I’m a 23 year old biracial male from Pittsburgh, Pennsylvania, and I’ve lived in Buenos Aires since 2004. My mom is as Argentine as Alpargatas, and my dad is a Korean, born and raised in the US. Here’s my take on things.

Back when I first started school in Buenos Aires, I was called yanqui all the time. It was a curious thing for most kids that I was from the US. As time passed, I heard more aggressive comments like “yanqui de mierda” or people telling me to go back home. The fact that I’m from what’s known as a ‘first world’ country annoys some people, and many Argentines see the US as a threat. Still, since I don’t look like the typical white guy from Pennsylvania, I don’t get too much heat for that.

My perspective as an Asian is a whole other story. For starters, oriental culture differs dramatically from the average Argentine experience. Also, Asians here tend to be much more isolated from the rest of society. The Once neighborhood of Buenos Aires is a hive of many cultures, but the divisions remain clear. In Zona Norte, there isn’t much integration at all other than the chinos mini-marts scattered everywhere. The people who run these markets have a reputation for being serious and only interested in business, which bothers many Argentines; they may ridicule Asians or treat them as if they were dumb or crazy.

Despite all this, I’m pretty well-received everywhere. I’ve been made fun of, but mostly around friends or kids looking to annoy whoever they could. Overall, I can’t say I’ve get mistreated on the street for being Asian… maybe some looks or comments here and there.

I think since I’m only half Asian and from a developed country, I’m spared from getting stigmatized like other immigrants. It’s almost like they bestow a special prestige upon me, even if they don’t really like the US. The truth is, I don’t carry the same history as those from a developing country. In most Argentines’ eyes, I’m just an eccentric guy with an interesting background – a crazy US citizen who decided to move to Argentina.

Argentina is the country with the most immigrants in all Latin America. According to a study carried out by the Regional Office of the International Organization for Migration (IOM), at least 2,086,302 immigrants reside here and call Argentina home.

During the Hispanic colonization in the 16th and 17th centuries, Spaniards did not occupy the entire territory. Then in the first half of the 20th century, loads of immigrants from Europe and the Middle East arrived. This wave was stimulated by the Argentine constitution in 1853 with the colonial concept of “to govern is to populate”: The objective was to fully occupy the rest of the land. This explains why many modern day Argentines tend to look, sound, and act very European.

Since the 19th century immigrants have been arriving from neighboring South American countries. These incoming groups were not encouraged by the state, and some consider this a problem. During the 80’s and 90’s, Peruvians, Asians, and Eastern Europeans all comprised the new wave of modern immigrants. Since the 21st century, people from Bolivia, Paraguay, and Peru continue to arrive; there are now significant migratory flows from China, Colombia, Cuba, Venezuela, Senegal, and Ecuador as well.

Ironically, Argentina’s attitude toward the neighboring countries’ immigrants can lead to a reverse racism. This happens especially with porteños, who are stereotyped as being loud and obnoxious. I recall an incident while backpacking with Argentine friends in Bolivia. I have to admit, my friends and I may come off as classic porteños sometimes, but overall, we’re respectful people.

We were walking around La Paz, and I needed an adapter to charge my phone. We found a street vendor selling all kinds of adapters and asked for one. Her response was unexpected. The lady heard our porteño accent, gave us a cold look and said, “We don’t have any.” But she had a table full of them! We insisted, but she pretended she didn’t know what we were talking about. Also, once when we weren’t sure about the time zone, we asked a man in a formal suit for the time. He looked at his watch and gave us a plain “NO.” Our porteño “disculPÁ” had betrayed us once again.

What’s in a Name?

The rudeness I experienced in La Paz doesn’t surprise me, since I know some Argentines mistreat Bolivians. Although I’m usually not a victim of racism on the street, I just can’t get over that my nickname always ends up being chino. It’s usually harmless, but sometimes it’s an attempt to put me down. People love to call me chino, chinito, coreano as soon as they meet me. A person I meet for the first time might not even ask my name. Argentine culture is filled with codes, tricks, and mannerisms that may be hard to decipher. Many times the people here assume someone different can’t understand them. I’ve had to stand up for myself and prove that I’m “with it” as much as anyone else.

Immigrants from neighboring countries are mistreated on a much larger scale. I’ve heard insults toward those from Peru, Bolivia, and Paraguay many times. Any time a topic comes up related to crime, poverty, lack of jobs or money, blame is often squarely set on people from other countries or those that live in the villas. Argentines even insult one another when someone does something “non-civilized” by accusing them of being a peruano, paragua, or bolita de mierda. When a person uses those terms, the clear objective is to denigrate someone else – and the culture associated with it.

Don’t Get Out of Hand

Argentina is full of genuinely friendly people, and the country has opened its arms to me in ways that I never imagined. That said, it’s worrying that more people seem to be less tolerant of immigrants. We only have to look to the US and Europe to see how deeply racial divisions can harm society. For generations, African-Americans have been ignored, discriminated against, abused, and have even lost their lives to racism in the United States. Nothing good comes from a society whose reactions are based on skin color or ethnic background.

Hate is often aimed at those that are different. Discrimination is seen everyday here especially toward lower socioeconomic classes – even if they are 100 percent Argentine. It really doesn’t matter where you’re from; anyone can be a victim of harassment. The struggle never ends, but the more differences I see, the more I believe we’re all the same. 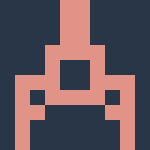