With Day of the Dead, a long weekend, and an impending massive water cut this Thursday, millions of residents in Mexico City are in for a wild week. But not to fear. The Bubble’s got you covered with everything you need to know about the so-called “megacorte” water shutdown: from surviving it without serious body odor to understanding the insane, flood-ridden history of Mexico City water.

And even though the shutoff, which could be many days for some people, doesn’t start until Wednesday, Chilangos (AKA, Mexico City residents) have been reacting with their typical sarcastic sense of humor, finding a good laugh in any crisis, so we’ve decided to include some of the best memes and GIFs about this crisis that people are sharing on social media to raise your spirits as water levels drop.)

Before we get into the complex, (to be honest, crazy) background on water in Mexico City, here’s the basics of the megacorte. As the name suggests, this is the biggest water shutoff to date in the capital. (It’s important to note, though, that for many neighborhoods outside of the wealthier zones, water shortages are a daily reality, not a once-a-year “Screw it I’m going to Cuernavaca” long weekend.) So in this section, we give you the what, where, when, why, and how of the water cuts.

Mexico City and Mexico State (Edomex) authorities need to make some serious repairs to the leaky water system. That means that starting on 8 AM this Wednesday, October 31 — Happy Halloween, folks! — the water system that serves the vast majority of the Metro Area will be shut off. You might still have water in your tank, but no more will flow in to replace what you use, so use it sparingly until, well, it runs out. The water commission expects to turn the system back on at 5 AM on Sunday, November 4. Starting then, the tanks and pipes will begin refilling, but that doesn’t mean you’ll enjoy a long shower that night. In this sprawling mountain valley, it will take days for the water to flow up the hills and reach every neighborhood, meaning that some areas might be without water until November 8 or 9.

Uh…yeah. Of Mexico City’s hundreds of neighborhoods (colonias), 172 will experience a full water shutoff, and 310 others will see a partial shutoff. There are very few colonias that won’t be affected, but you can check all the details of your neighborhood here (in Spanish).

This map shows all the colonias affected by the megacorte. Yep, it’s basically every neighborhood ever.

Water authorities need to make major repairs to the water system, called the Cutzamala System, which pumps tons of water up hundreds of miles at a steep incline. The system, finished in the ‘90s, is an engineering marvel, but it’s also full of leaks and other problems. In fact, today over a third of the water pumped through its pipes leaks out before it can get to residents — something ridiculously wasteful in a city with serious water shortages.

“The biggest ever Mexico City water shutoff is almost here, what’s the worst that could happen?”

This week, they’ll be repairing Line 1 and 2 pipes, pumping stations, and the main Los Berros Water Treatment Plant. CONAGUA, the national water commission, has promised that these repairs will ensure that after next year, they won’t need another full shutoff like this. More on whether that’s true later…

The city has already started preparing to avoid the “Chilango apocalypse” lots of residents have predicted. 650 huge tanker trunks, each one holding tens of thousands of liters of water, will circulate through neighborhoods throughout the day. You can check out how many tankers, called pipas, will be in your neighborhood here, or call 01 8000142482 to request a truck’s service at your building. The city is spending at least 30 million pesos on the damn trucks, so take advantage of them.

Even more important than the city’s prep is how you get ready for the shutoff in your own home. For the five days before the shutoff (that means now, buddy), the city has increased the water supply by 15 percent, so you can fill up your tanks, cisterns, and whatever other container you can find with extra water. Do all your laundry beforehand so you smell (or at least look) like a civilized human for the next week.

Fill all your tanks up to max capacity before Wednesday, and buy large plastic or glass containers too. Keep everything covered tightly and out of the sun, or you might end up with a homegrown mosquito swamp over the weekend. And while you still have water in your tanks, take super short showers (duh), and wash your dishes, teeth, and so such using external reserves of water. And of course, you could just escape the city for the long weekend (like me…so long suckers!).

Mexico City: “Like any city in Europe — but without water.”

PART 2: THE PAST, PRESENT, AND FUTURE OF MEXICO CITY WATER

The megacorte has brought Chilangos’ frustrations and worries about water to a head, but this week’s shutoff is only the latest in a long, complicated history of water problems in the capital. We won’t get too into it, because you could write a novel (or tragic opera, or telenovela) about this city’s water issues. For more in-depth background, Bloomberg has done great work on the subject, and this free documentary goes over a lot of the major problems.

“Here’s how people in Mexico City will shower during the water shutoff.”

1.How Did We Get to This Point?

To make a long story short, we’re all living on a crumbly, sinking, earthquake-prone, soggy former lakebed. Ironically, Mexico City gets more rain each year than London, and for the past half-millennium its problem has been too much water, not too little of it.

The Mexica (popularly known as Aztec) capital, Tenochtitlan, was built Venice-style on islands and canals in the middle of a lake-filled valley, according to legend, because the civilization found an eagle with a snake in its mouth perched on a cactus, its holy signal to build a city. When the Spanish conquistadors arrived and razed the city to build their own imperial capital, they faced flooding every time they tried to expand. Starting in the 1600s, they began draining the lakes, and authorities have continued doing so ever since.

Tenochtitlan was built on Lake Texcoco, and featured causeways and canals connecting the city to the mainland.

As the lakes drained, the mega-city could expand further and further, and flooding lessened. It also means today’s Mexico City has almost no groundwater, and keeps on guzzling up what’s left — 70 percent of our water comes from groundwater — making the city sink further as the ground literally buckles under the stress. And increasingly, the Cutzamala System, which pipes in water uphill for 200 miles from Edomex and Michoacán states, seems unsustainable, as leaks and population go up and water levels go down. If the city doesn’t get its shit together real soon, it could eventually face a “Day Zero” water crisis like Cape Town, South Africa.

2.What Can Be Done to Fix CDMX Water?

Luckily, there are already creative people searching for solutions. One obvious fix is rainwater — after all, the city gets plenty of it, as anyone driving through two feet of water on the Periférico in Friday night quincena traffic knows all too well. The city has no major infrastructure for rainwater collection, but smaller projects are cropping up all over. There’s a couple new parks designed to treat and purify water, a big, award-winning project in the south of the city promises sustainable water use, and even billionaire mogul Carlos Slim has declared his support for water reform.

But at the moment, these projects are a drop in the bucket (pun intended), and things need to change on a massive scale to avoid a future that’s somehow both rainy and dry. According to researchers at the UNAM, water shortages and cuts are on the rise. On top of that, water quality is a major issue — contaminated water in the city causes almost all cases of diarrhea (what you may know as, ahem, Moctezuma’s Revenge), along with some cases of Gastroenteritis, Hepatitis A, Cholera, Typhoid Fever, and others.

There’s no simple solution to Mexico City’s insane water problems. This megacorte might be a step in the right direction, or it could just be a Band Aid covering up more systemic issues. Whatever side you take, gear up for a week of bucket-on-head showers, sarcastic memes, and people-escaping-apocalypse weekend traffic out of the city. 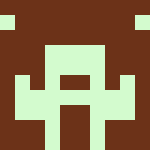