As distractions go, standing trial over the alleged non-payment of €4.1 million (64 million pesos) in taxes to Spanish authorities on the eve of the Copa América Centenário could hardly be any bigger. Lionel Messi, the world’s greatest footballer — and the inevitable talisman of an Argentine golden generation that can hear the clock ticking ever louder in its quest for some form of silverware — finds himself in very hot water indeed.

To then have his lawyers make the case that he had “never devoted a minute of his life to reading, studying or analyzing” the contracts he signed appears to point to staggering naivety. Messi’s father, Jorge, manages his son’s financial affairs. “I signed what he told me to sign because I trusted my father,” Lionel told the court. During the trial, a graphologist also found that several of Messi’s signatures on the various contracts had been forged, suggesting that not only the footballer did not have any knowledge of their content, but perhaps that he had never seen them at all.

The charges relate to payments for image rights and a wide range of endorsements between 2007 and 2009. Having recently been named in the so-called Panama Papers leak, this is not the first time that queries over Messi’s financial affairs have reared their ugly head. The accounts in question were traced to companies registered in tax havens in Belize and Uruguay, while other businesses in the UK and Switzerland are also being investigated. When charges were originally filed in 2013, Messi made a “corrective payment” to fiscal authorities amounting to some €5 million (78 million pesos), covering unpaid taxes plus interest.

Fellow Argentine Javier Mascherano — along with Barcelona teammate Neymar — has also been involved in a tax-related scandal of late. In his January trial, he was handed a suspended one-year prison sentence and an €800,000 (12.4 million pesos) fine in relation to a €1.5 million (23.2 million pesos) tax evasion scheme. His jail term has been suspended for two years, although it is expected that he will avoid imprisonment, instead paying a fine or being given an alternative punishment. That the value of Mascherano’s scheme was significantly smaller than Messi’s will be of no comfort to Argentina’s number 10 as he awaits sentencing.

So, with Messi facing three counts of tax evasion and state prosecutors pursuing a suspended prison sentence of 22 months and 15 days for both the player and his father; could we really be deprived of his other-worldly footballing talent while he serves time in jail?

Unlikely, but not impossible. Spanish law states that a first non-violent offence carrying a sentence of less than two years (such as this) does not require prison time to be served. Prosecutors allege that Messi’s actions were “conscious and voluntary,” meaning that if found guilty, a sentence of some kind could be handed down to the two men, although this would not necessarily mean incarceration.

The trial concludes on June 3rd — the same day that the Copa América kicks off — with closing statements from both the prosecution and defense. It’ll be a nervous wait for Lionel and his father, and an unwanted subplot to a tournament for which Argentina has been made a narrow favorite. 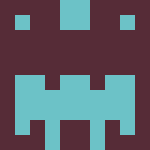