In the provincial prisons of Mendoza, Argentina, human rights violations are rampant. As widely reported by local media today, three prisoners in the Almafuerte complex were discovered residing in jail cells that resembled outdoor cages; the prisoners stood outside in the winter cold, according to the Public Prosecutors’ Office’s website.

After the Office Against Institutional Violence (Procuvin) ordered an act of habeus corpus in the Mendoza prison complex of Almafuerte, the judiciary determined that the Mendoza prison was in violation of basic human rights. Among the grave violations found in the inspection of the prisons were infrastructural issues, sanitation problems, lack of access to healthcare, lack of educational programs, among other problems.

Mendoza is the capital city of Mendoza Province. It’s best known for its olive oil and vineyards, as well as its wide, tree-lined streets.

According to an article published on Infobae, the conditions of Mendoza prison complexes are nauseating. Dirt and mud cover the prison floors, sewers sit clogged and overflowing, and prisoners wait out their sentences in inhumane, degrading conditions.

Photo via Infobae from Fiscales.gob.ar

This inspection reportedly began after the Task Force on Prison Control, led by Gustavo M. Hornos of the Federal Criminal Cassation Court, monitored and traveled around five jails in the Cuyo region of Argentina.

Judge Gardey Merino referred to this as a “frank violation of human rights for those kept inside this complex,” and that a “fast, rapid and effective solution” was necessary. Additionally, the conditions of the Mendoza prison complexes were actually in violation of Article 18 of the Constitution, which states that, “the national prisons must be sound and clean.”

The Provincial Penitentiary Service of Mendoza partially admitted to these flaws. Eduardo Orellana, the head of this organization, said that they work, “every day in order to comply with the laws” and that they would do the work necessary to solve the current problems. However, as Infobae reported, he also suggested that the inspections were only conducted in “very specific places.”

The Inter-American Commission on Human Rights has previously singled out the Mendoza province penitentiary service for its human rights violations, according to an article in the Inter Press Service News Agency.

Many of the Mendoza prison complexes are overcrowded. The Boulogne Sur Mer prison complex reportedly holds about 1,700 inmates though it should only be able to hold 500. Pablo Salinas, a human rights lawyer and representative of Argentine prison plaintiffs, told the Inter Press Service News Agency in 2010 that since the Boulogne Sur Mer prison is “built over a sewer, and inmates dip their knives in the raw sewage and then attack each other. Stab wounds become infected, sometimes causing meningitis. The entire sewer system is in a state of collapse,” he said.

These problems are only the latest additions to a long series of issues with Argentine prisons. According to a recent study by the National System of Statistics on Penalty Enforcement (SNEEP), since 1999, the number of inmates in the system has doubled from 34,040 to 69,060. 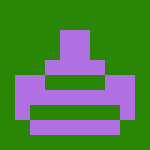