Mendoza For The Weekend: What To Do In Argentina’s Wine Capital

The rolling countryside of Mendoza is laden with more than 1,500 wineries. But it’s not all about the vino. The region also lends itself to outdoor activities like bicycling, horseback riding and – my personal favorite – eating.

Situated in the foothills of the Andes Mountain Range, it’s also stunning. When I visited the area with three friends, the vines were just beginning to burst with green after a winter in the cold. Spring – bringing the year’s most verdant views – is now well on its way.

You can travel from Buenos Aires to Mendoza by bus or plane. Take note: Mendoza’s airport is closed through December 7 for work on the runways.

My friends flew via Aerolinas Argentinas from the Jorge Newbery Airpark Airport to San Juan, where the government provided free transport to the Mendoza bus terminal. The entire trip took about four hours and cost approximately AR $4,200.

Wanting to guard my pesos for the good stuff (food and wine), I opted for an overnight bus ride. I reserved my round-trip ticket online for about AR $1,800 from Retiro Bus Terminal to Mendoza. I chose the cheapest ticket, which afforded me a semi-cama on a route that more than one person called la lechera; it stops at every terminal where olden-days people received their milk. Now the route simply makes for one very long ride from start to finish (16-ish hours that can mostly be erased from memory with a sleeping pill and quality neck pillow). When booking, take note of the trips’ duration disparity.

Sleep among the vines

We headed south and stayed in the Valle de Uco, a vineyard-laden destination that required another 90-minute bus or taxi ride from the Mendoza terminal. Salentein Posada, according to its website, is a “small and exclusive ranch surrounded by Bodegas Salentein’s vineyard and located at the Andes’ foothill.” The resort, according to me, is worth the splurge. It offers two restaurants, a pool overlooking the vineyard and a complimentary tour of the site’s winery, Bodegas Salentein – including its massive cellar replete with barrels of wine and a piano for concerts. A two-bedroom suite with extra space for four cost us about AR $4,510 total per night.

A more budget-friendly option is staying in town at Square Independencia Hostel, which came recommended to me for its complimentary daily happy hour(s) and central location in Mendoza proper. Dorms start at AR $140 per night.

Buzz around on a bike

Bicycles and booze: not a traditionally perfect pairing, but still completely recommended for your visit to Mendoza (as is a helmet). We visited Luján de Cuyo, one of Mendoza’s wine regions famed for its Malbec. Our full-day trip with Martin’s Bikes set us up for AR $1,650 each, which included the hour-long transfer from our hotel, visits to three wineries and one liqueur shop, and a three-course lunch with wine pairings at Nieto Senetiner.

Along the way, one vintner told us, “Mendocinos don’t get you drunk. We’re just teaching you our culture.” At the risk of sounding like a lush, I’m happy to report that we ended the day feeling quite cultured.

Mingle with the experts

My favorite stop was a visit to Bodega Carmelo Patti, whose namesake is a charming genio who stores his bottles upside-down in specialized cardboard boxes he invented himself to save space and cash. Operated out of Carmelo’s garage, the rustic winery started in 1989 and now produces some 55,000 bottles annually using grapes from a friend’s nearby vineyard. Carmelo, who sells only well-aged wines, showed us how store our bottles and de-cork stubborn toppers. Seriously – a genius.

Take in the view on horseback

Get your gaucho on with a horseback riding tour through the vines. We went with El Viejo Manzano’s amicable owner Nino Masi, who sang the whole way and took epic photos of us with the Andes in the backdrop. The hour-long tour mounted up to AR $450 each, which included a champagne toast to start things off right.

It’s all about the bife

Bodega La Azul – officially featuring my new favorite restaurant – is tucked away in a family-owned farm growing plums, peaches and wine grapes. During our Sunday lunch, we sampled five wines, each paired with a different course comprising the likes of zucchini and carrot Spanish omelet, wild boar bruschetta and brick-oven-baked beef empanadas. The entrée included the options of rib eye steak, skirt steak or braised pork, and we finished the meal (yes, actually ate all of this food) with a flan con dulce de leche. The meal, which cost AR $640 each, also included a tour of the winery and outdoor sofas for lounging before the journey home. 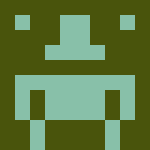 Huge peso drop means eating and travelling around are a gift for those with hard cash, but a normal season can’t be expected until next year