Lisa Besserman flew to Buenos Aires in November 2012 to escape the New York winter, without having to leave a time zone that would allow her to work remotely. At the time, she was working for a mobile app development company and had accumulated experience – and contacts – working for startups in the US.

Looking to meet new people, Besserman tried to get involved in the Buenos Aires startup community, but was surprised at how difficult it was. “There was never one centralized place for activity and for connections; it was all very displaced throughout the city.” But she was also inspired by the tenacity of the entrepreneurs she did meet. “There was this resiliency that I encountered,” she said. She thought that the ingredients for a strong tech community were already in place: “The talent was there, the opportunity was there. All that needed to be built was the infrastructure.”

Besserman decided that she could provide some of the missing links. By January 2013, she was mulling over ideas for a community-centered business to provide support and services to Buenos Aires entrepreneurs. In February, she skipped her flight back to the US and quit her job, preparing to throw herself fully into the new project. In May, with a founding team of four other people (two from the US, one from Colombia, and a native Argentine), she launched Startup Buenos Aires (SUBA).

In recent years, Buenos Aires has become a hub for entrepreneurship and software development. In 2004, the software industry employed 15,000 workers; today that number has reached 100,000. Software development was a rare bright spot in an otherwise disappointing 2017 for the economy: last year the industry added 8,000 jobs. Since 2013, over 300 companies have registered for significant tax breaks available under the “Software Law.” Unless it is renewed, the law will expire at the end of 2019, leaving some questioning whether the industry can continue to grow at its current pace.

A significant portion of the growth has come from business abroad. Argentina’s four “unicorns” – startups with a valuation greater than US $1 billion – all have international operations, and the country has also become a destination of choice foreign companies seeking to outsource development. According to the Argentine Chamber of Software (Cessi), the industry exports over US $1.3 billion in services annually. Marina Díaz Ibarra, former General Manager of Mercado Libre and current Chief Strategy Officer of Wolox (a SUBA client), explained that the “value equation” draws companies looking to outsource talent. Argentina has an educated workforce, the highest level of English language skills in Latin America, and a time zone just 1-2 hours ahead of US Eastern Time. Labor costs, however, remain low in comparison to the US and Europe. In 2018, the average junior developer in Argentina earns AR $22,158 per month (US $1,080).

With her network in the states, Besserman was well-positioned to capitalize on growing US demand for Argentine developers. Per Gonzalo Luchinetti, one of the members of SUBA’s founding team, “[we’re] trying to make a bridge to channel all this talent.” However, like many of the technology clients that make up its current clientele, SUBA’s growth was not linear.

As Besserman tells it, SUBA was founded with the intention of supplying education, community, and resources to entrepreneurs in Buenos Aires. They hosted classes and speakers and workshops. At the first event, two US Americans—a Google employee and an entrepreneur—spoke about working in tech in Silicon Valley. At least one startup used a SUBA event to launch its own business. Coderhouse co-founder Chris Patiño said that he and fellow co-founder Pablo Ferreiro offered a free class in 2013 that helped generate interest and initial clients for their coding education site.

Not everything went smoothly. In one early event, SUBA tried to host a live-streaming event with a presenter in the US, but the internet connection was not strong enough to deliver the video feed. And then of course there was the issue of money.

At first, Besserman assumed that SUBA would turn a profit by attracting event sponsorships. She had seen companies including Google and J.P Morgan Chase pay lavish sums of money to sponsor events in the US and assumed that the same would be possible in Buenos Aires. “The [original] plan failed terribly, and fast,” she said. The founding team met on a monthly basis and discussed new organizations to target for sponsorships, but they kept returning empty-handed. After six months, it was clear that the strategy was not working. The team was split over how to proceed, with some recommending that SUBA begin charging attendees to go to events. An unexpected email, however, helped Besserman realize that her company was “sitting on a very viable and sustainable business model.”

Some successful entrepreneurs share their advice for mistakes to avoid on the road to success. via @forbeshttps://t.co/bLFtiz7i0E

A US-based company reached out to SUBA, asking to be put in touch with Argentine developers for a remote project. Besserman made the connection, and began to think about monetizing the networks she had built both in the US and in Buenos Aires. For developers in Argentina looking for foreign clients, SUBA could connect them to interested companies in the US and Europe. For employers based abroad, SUBA would find them the right developers in Argentina. Using the connections it had made within the Buenos Aires startup community, SUBA constructed an extensive database of outsourcers based in Argentina.

Matt Turzo, now an Operations Manager at Lyft, advised SUBA in its early stages. He said, “A lot of times we’d be able to make introductions for people who were looking for a specific type of person, or access to an investor, or someone who could give them a certain skill.”

Today, SUBA sells confidence both to developers and clients wading into unknown waters. They communicate with both sides of a deal, iron out cultural differences, and try to ensure that expectations are clearly communicated. Nico Magni, co-founder of Wolox, a web and mobile development company based in Buenos Aires, said that SUBA has been “key” in helping Wolox generate US clients.

With the growth of SUBA, Besserman said she has been asked about expanding operations to other Latin American cities such as São Paolo and Bogotá. She answers that “it’s not a plug-and-play model,” and isn’t planning to expand beyond Buenos Aires. She believes that the valuable network she relies on in the city would not be easy to replicate. 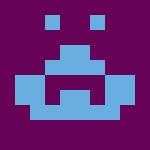