I am a doctor, President of CAMEDA (Medicinal Cannabis Argentina) and mother to my daughter, Julieta. In April 2014, via a CNN television documentary, I learned of the potential of cannabis to treat Refractory Epilepsy. Just like in a movie, all 24 years of our lives spent trying anything that could possibly alleviate my daughter’s unthinkable epilepsy, flashed across my mind. Julieta has suffered from Lennox Gastaut Syndrome, a type of epilepsy, since she was three years old. She developed a high fever, triggered by a Herpetic Meningoencephalitis (an infection of the brain), which left her with epilepsy as a result. Since then, hospitals and medical centers with world-renowned experts have been, and still are, our second home. To keep her seizures under control, she was treated with conventional epilepsy medicine using a combination of different drugs. Every suggestion of surgery was discarded due to the low success rate. When she was 11, with the help of her siblings and the rest of her family, she underwent a ketogenic diet (a high-fat, low-carboydrate diet) which she followed strictly for four years. But this treatment only brought partial results.

Julieta has now lived with epilepsy for 24 years. Out of our family, she is the one who has experienced the most hardship, because of her condition. She has suffered from burns as well as broken bones and teeth, due to her seizures. Her ability to be self-sufficient has been extremely compromised and, consequently, she grew up overprotected as we never knew when she might get hurt or, alternatively how WE might get hurt.

That CNN documentary opened a new door. Marijuana? Cannabis? THC? CBD? Cáñamo? All those names would now be part of this “new beginning” so it became necessary for me to learn about all the scientific research on the subject. Pretty soon, my personal reality became a growing social need; I learned of the need for a medicine that could improve the quality of life of others suffering like Julieta. I made it my goal to learn more, and that goal became my mission.

The first step was to find out how to begin developing public policy, since after 50 years of prohibition, it was necessary to change people’s perception of cannabis. The main obstacle in my road was the complete lack of knowledge and understanding on the topic, not only in the academic and scientific communities but also in the judicial power and our society in general. I travelled that road with many parents and families during 2014, 2015 and 2016.

It was the lack of legislation that led me to gather many families and collaborators, and tirelessly work to launch CAMEDA (Medicinal Cannabis Argentina). The mission of our organization was to share information, educate others and obtain legislation on the use of cannabis for medical purposes which was supported by public entities, the scientific community, academic institutions and society at large. It was then that we discovered all the pain and suffering that couldn’t wait any longer for relief.

As a civil organization, our vision is two-fold: for medicinal cannabis to be accepted as an alternative therapy for conditions for which conventional treatments don’t work, and to be able offer a better quality of life to those that could benefit. Our mission is to enable patients to obtain medical cannabis legally, and ensure they are supported by a health system that safely operates under a regulated process and follows it according to the current policies for the use of other medical herbs.

In pursuit of our mission, we worked with legislators of all political parties and thousands of families who are fighting for a law that will protect and alleviate the pain and suffering of their loved ones. We argued that such a law could make us all stronger, help us understand the pain of others and bring the much-needed change in the paradigm regarding the use of cannabis, after many years of rejection.

Achieving our objective required lots of strength and patience, while walking through the Argentine National Congress’ halls and offices several times. We were driven by our belief that no parent should be forbidden from seeing their child improve with cannabis treatments, seeing them more connected as their seizures diminish and finally, seeing them smile. These are clearly “scientific miracles” that must be accompanied by public health legislation.

On March 29, 2017 both chambers of the Argentine National Congress, Senators and Representatives, supported the cause and voted unanimously in favour of the law! The issuing of this law means that we can now work together within a legal framework and fight for legitimate social issues. It teaches us that the absence of legislation regarding medicinal cannabis usage only leads to confusion. It also triggers reactions that leave patients, parents, helpful cannabis farmers and the scientific and medical community in despair, and severely compromised due to the illegal nature of their actions.

Today, with the law on our side, our commitments continue. Regulation is the next step. 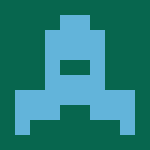